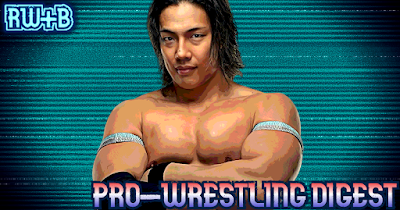 I've been promoting this guy hard for a very long time and the world is finally seeing what I saw, largely thanks to his recent, awesome AEW run. No need to gatekeep here, people! I'm very excited by his surge in popularity, in fact, and am hopeful that he makes mountains of money between now and the day he finally retires.

Anyway, I had to go out of my way to make a collection focused on a few of his US indie tour outings that I hadn't already seen.

This is that set. Obviously.

Jump about 49-minutes ahead for this one.

1. Fantastic, high energy, hard hitting shit here. Brooks is always awesome when I get a chance to see him and that's true once again here. This was the main event of a season premier episode of Fire and was exactly that: Fire!

2. I mean, should anyone be surprised at all that this was awesome?

Speedball was excellent, Takeshita was excellent, and we got a certified banger in a promotion most people will never know even exists as a result. A MOTYC with a lot of meat that I fear will go under the radar for far too many. Make sure you don't fuck up and skip this.

3. This one had sleeper written all over it especially because Lee Moriarty is, himself, a sleeper.

I have to note real quick that Prestige has clearly had a good year and you should give them some love if you have a chance.

The fans were right up on the ring for this, which is always fun.

Masterful work from both, using their environment nicely and giving the small crowd something magic. Takeshita only has one gear and it's not a low one.

I didn't get a chance to watch the full Richards/Konosuke Defy match, but here's a good highlight reel of part of it:

Moving along, we head now to TERMiNUS to watch one of the most underrated guys in the game, controversy aside. 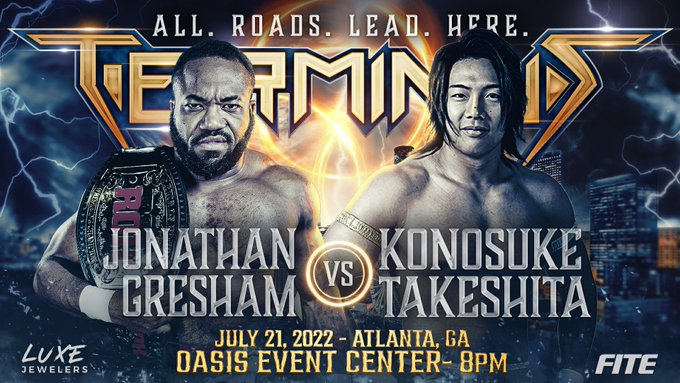 4. It's funny, but they had a lot of time here yet they made it feel like a far shorter sprint. That's because they worked hard and kept a strong pace. I especially appreciated the way this evolved as it went along and you can tell they really tried throughout to make this into something that did well to showcase their general talents and strengths.

A draw would've perhaps been better, but it's hard to argue about something this fucking good.

5. This is the main event of the debut show for Garden State Pro Wrestling and they left fans that night with a banger, setting a high bar for their shows to follow.

Bold, but respectable. I'm sure they'll put out more content that makes my pull list sooner than later and I sincerely wish them the best.

Please, don't turn out to be run by some creep or something else stupid...

I've recently covered Alexander's reign as Impact World Champion HERE for Digest 49 and I brag about the dude all of the time. Because of my thoughts on both workers, I had the highest hopes for this one than anything else from the set and, to be blunt, I'd say that that's saying something.

Basically, this saw both ace level dudes in a small room working in a tiny ring and they were so damn good it just made everything seem bigger. This time, we did get a time limit draw and it worked pretty well. If we can get a rematch, perhaps for the strap, I'd be ecstatic.

I'd be lying if I said this surpassed the Bailey match, but it was yet another fantastic battle. Broken record? Blame Takeshita for being so damn good. 6. I close now with one more from Deadlock.

It's nice seeing Everett at this level. I wish he didn't have that injury bug stuck on him which is what is seemingly keeping him from being elevated. Still, he'll be remembered by many for being a hard worker when it's all said and done regardless of what happens and he's super over with the DPW crowd for a reason.

I'd admittedly argue this was the weakest match of the set simply because of how damn good everything else was. It was great content either way though perhaps far more "indie" than the rest. Not a knock, truly, but an observation of what I consider reality.

I'd still love a rematch and they clearly worked hard.

The fact of the matter is that this set was basically made up completely of must-see encounters. There's basically no reason Konosuke had to go this fucking hard but that's just who he is. I recommend each one and I applaud the fact that it's Takeshita versus 8 different dudes and each is special in different ways. I mean, the closest I came to complaining about anything is a match I still called "great".

Make time for these, fans. It'd be a mistake not to.

Oh, and don't be surprised if Takeshita ends up winning the RW+B 2022 Wrestler of the Year award.