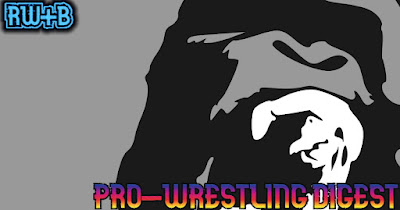 PWG is a new beast these days, but it's hard to ignore the quality and atmosphere that the company remains home to. Here is a collection of pulls I've made from the BOLA, Delivering the Goods, and Nineteen events.

1. Bandido came into this the PWG World Champ so seeing him drop out in the first round was a bit of a surprise. What matters most is that this rocked. Bailey has been phenomenal this year, showing people that they should've found a way to bring him stateside again sooner. Fantastic, chaotic entertainment worthy of the BOLA setting.

2. The finals were a near-MOTYC battle. Daniel and Speedball nailed this, ensuring the tournament remains a prestigious annual showcase. In many ways, this was very fitting a match to run as the finals and I must say the outcome was a delightful surprise. Go out of your way to catch this!

3. Takeshita is a dude I've been ringing the bell for for years. Luckily, since I'm not a trashbag gatekeeper, AEW has helped the world finally see what I've been saying all of this time. Aramis is another dude I tend to promote heavily here and I consider him one of the best dudes in the lucha game. Sadly, Aramis fucked up big right out of the gate here and wasn't as smooth as he can be throughout. Still, you could see the dude trying hard and Takeshita more than played his role well, too. Borderline great.

4. Red Death won the PWG World Championship here, dethroning Bandido and proving himself to be one of the best names in US wrestling. I applaud the work the guy has put out of late especially and urge fans to ensure they don't skip this one. I am eager to see more of his reign and this was a strong as hell way to start it off, even if he acted like a cheap heel to take the belt...

5. Buddy attacked early in this one, smashing the shit out of Speedball's legs with chairs to set up an uphill climb for Bailey. In the end, the quick kick bastard would pick up a flashpin over the brooding dick. Great stuff in general.

6. It's awesome seeing women's wrestling in a PWG ring again. It's long overdue, to be blunt. Yuka and Masha were fun opponents and they leaned into the size dynamic as expected. I'd enjoy a rematch for sure. Very good.

7. King and Black took on Aussie Open next with their straps on the line. It was top shelf tag team action and a near MOTYC. Both teams are so fucking good and they put in the effort to show it here. I appreciated the nearfalls and roaring flame pacing and consider it one of the better tag team matches of the year, which is saying something.

8. We close with Garcia defending his championship against Takeshita, ending the set on a strong note. I said above that Takeshita is one of the best workers in the world. He put on a show here, giving Garcia one hell of a challenge as the Reign of Red Death continues. He's a dick, but he's so fun to watch and I strongly recommend this one for sure.

May we all witness his run at the top of PWG!

Thanks, as always, for reading. Watch anything here that sticks out to you and make sure to send the punk rock crew at PWG some cash when you have some to spare.