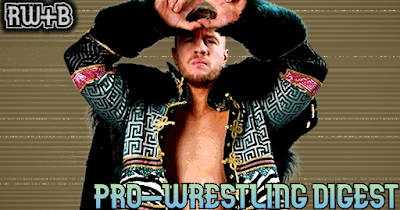 This collection of three matches are actually some of the best things I've seen all year.

1. Ospreay's defense against Speedball was a MOTYC with all the speed and intensity you'd expect. They both worked hard and delivered big.

2. This one was a near masterpiece of storytelling drama and in-ring action. A couple of ref bumps actually added to the excitement and it all worked together very nicely. A MOTYC for sure and a near perfect outing in general. Do not sleep on Knight.

The Omega references were nice touches, by the way.

3. Ishii and Ospreay had no reason to go this fucking hard, but they did anyway because that's just who they are. They traded blow for blow until the dumb fucking bird man stepped ahead to take the W.

It's simple people, these three matches are fucking amazing and worth every second it takes to watch them. If you consider yourself a wrestling fan, make time for them as soon as humanly possible!