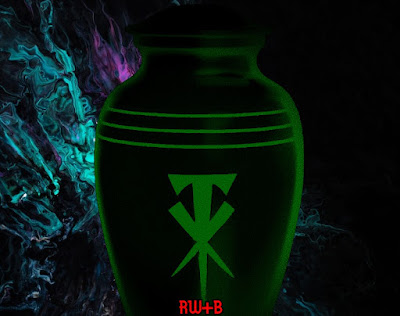 I had actually forgotten that this had been released, but a scroll through Netflix today reminded me. More accurately, it made my kiddos aware of it and they were very interested.

So, to be clear, this is one of Netflix's interactive releases. They've pumped out a few, though rarely seem to promote them much. They put out a lot of crap in that manner, to be fair. My personal favorite of the bunch, that I've played, is Black Mirror: Bandersnatch. I recommend it highly.

Now, if you've never played one of these before, note that they are like video versions of the old Choose Your Own Adventure books. You'll get a few pathways throughout that you pick, guiding the story along.

This one sees the three New Day members attempting to steal Taker's urn from within his mansion. Due to the participants involved, you have something in tone similar to the recent Haunted Mansion with the Muppets. Sure, it's gothic but Big E, Xavier, and Kofi provide for a lot of lightheartedness along the way.

I try to keep these short instead of padding them out, which most sites do just to get their bosses off of their asses, so lets do that here, too.

Escape the Undertaker is an entertaining, family friendly experience that you'll likely enjoy best if you're playing along with your kids or if you've just had a hit or two of green. It's fun, braindead entertainment. You'll need to drop the elitist attitudes and just try to have fun. If you can do that, you'll like this well enough for what it is. The rest of you cunts can just leave it alone and be fine.

Let me know what you thought and drop a comment if you want. Don't if you don't. Thanks for reading.