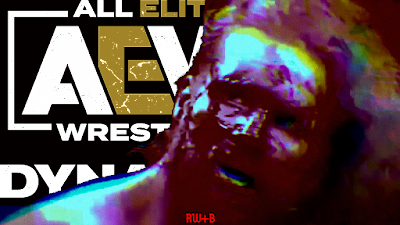 This episode serves as an interesting piece of television, in my opinion. I personally feel that the storytelling has been a bit more lazy lately and I also have been saying that they are overcrowded, too. I get picking up super talented folk when WWE fails with them and then blames it on financial burdens, but it still is an issue. I also agree that it is nice, and fine, to float folks on and off and that AEW fans can handle having programs not continue each and every episode. That said, lets dig in and get back to those takes in a moment, though.

We start with MJF, and The Pinnacle, celebrating the victory over Punk last week. Fun, over the top heel stuff. Eventually the straight edge fucker came out and was joined quickly by Sting and Darby. Challenges were issued, including one for a rematch from Punk to Wardlow. I personally thought it was a tad clunky and perhaps even ran a bit long, but it was fine stuff overall.

Andrade chats with Sting and Darby backstage and Almas tells them he'll be the next TNT Champion.

We finally have a match. They didn't pull the Goldberg this week for Wardlow, perhaps to avoid folks comparing him to Goldberg especially since that shit worker just returned once again for a cheap pop in WWE. It was fine for what it was, with Wardlow working on a limp leg after Blade attacked early.

Spears smacks one over Blade's back after. No AHFO to help.

A Penta package airs. Penta Oscuro returns. I dig it!

Next, we got an Inner Circle summit. It was a bit clunky too, but had its moments. Basically Santana and Ortiz want out, shit was said, Jericho was cocky, Sammy said fuck it he's out (until the drama ends), and we now have a tag match next week with Hager and Chris versus PnP. Jericho saying he clearly picked the wrong LAX members was a decent line. It was fine stuff for what it was basically.

Roppongi Vice are shown backstage. The Bucks go to attack and are helped by Cole. Jay fucking White appears and helps the three. Good shit for sure.

We followed that with another debut. I had dropped in this week's Digest that there were a few debuts this week. I had also said Lee was one of them. This was that spot, with the big man getting some love from the crowd immediately. The match with Kassidy was a bit rough around the edges, but served its purpose and launched Keith off on a decent note, at least. Matt Hardy gave up on Private Party midway. Lee stopped an attack from that pair after and cleaned house on the two to end the section. I am eager to see what they do with him. Oh, and the Matt stuff is to set up Jeff's arrival for those that are curious.

Punk was told earlier that he'd face FTR tonight but he'd have to find a partner. Mox was the man.

Fuck, I might be a high man on this one but I thought it was a fantastic tag match. Mox and Punk worked well together and FTR were in their wheel house. The pacing worked, the action worked, and all of the little pieces added together nicely. I had found what preceded this to be acceptable television, but that was the spark I had been waiting for.

This week's TBS strap defense was okay. AQA came off rather well and Jade, green as she is, was fine enough in her role. It perhaps ran a tad long. That's about it.

The Bucks aren't happy that Cole brought in White without them knowing. Adam plays it down.

Deeb put Katie down in about a minute in her new match gimmick setting. She's going to be the Malenko of AEW.

The main event was a fantastic, bloody battle. I feel that Page is trying to prove something that I think he already has proven. Regardless, the champ retained in an awesome encounter that pads his reign nicely as it moves along. Can he best Cole, though? That's clearly the next match we have on the horizon.

So, back to that opening section.

Not everything landed as well as it could have on this episode, but the writing felt inspired most of the time. The debuts worked well enough, too. There were three average matches and a squash, too. As a result, this one serves as a bit of a mixed bag but more inspired than a lot of the rest of their 2022 output thus far. Consider checking it out if you have time. You might be better off watching the tag and the main and just clips of whatever else seems interesting, though.