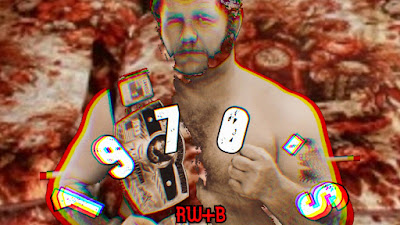 The first match of this set was a near-masterpiece of execution and a piece of period art that I recommend heavily to all fans of the sport that is pro-wrestling. Robinson famously worked Inoki past his expectations and apparently pushed him to his limits. The storytelling here was at a level you rarely see, past or present, and the action full of paced out sparks. This one is tucked away on NJPW World, so give it a look when you can, even if you've seen it before.

Next, we have Harley Race and Terry Funk in a forty-minute slow burn from Houston. What started as a pretty good, old school mat based affair broke down into a brawl as it went along. Terry shed buckets near the end which was eventually his protected downfall, as the ref called things off. Funk was always fantastic at what he does, but I've admittedly seen very little of Race. I see why many of the greats consider him a personal favorite.

Next, I found Bockwinkel defending the AWA strap in Hawaii against Jumbo. The finish is a representation of the era and a weak point by modern standards, but the grappling before it was too good to ignore and write off as forgettable. A fantastic display of calculated wrestling.

We close with a bloody pair, which is of no surprise to anyone that looked at the names involved.

First, a brawl that ended in no contest due to the ref (and crowd and everyone) selling not knowing what to do about the chaos. It was over the top violence and worked as a very good battle on its own and an even better set up for...

The crowd was fire and added to the flame that was the last pull. Abdullah deserves praise here, but Terry was a true big time hero in this one and should be celebrated as one. They took what happened in their Summer encounter and stepped it up for the sequel, which worked very well for the circumstances.

Fuck it, watch all of these as soon as you can and take in what the 1970's had to offer!