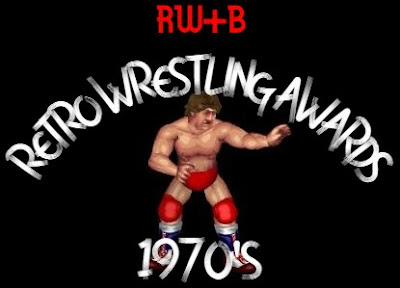 If you're looking for one, single match to spotlight the decade, it has to be this one. It's a near-masterpiece of execution with both men playing their roles to perfection in front of a captivated audience. Many artsy film directors full of ego couldn't match the emotion nor intensity of this one nor could many of today's workers. I recommend this highly to all!

Wrestler of the Decade: Terry Funk

This was a very hard one for me. Harley Race was an icon of the era and Jumbo was imposing his will. Inoki and Baba can't be understated, either. You had Bruno still tearing up the place and Bockwinkel, too. Still, throughout it all, you also had the rise of a hero that I found too dynamic and powerful to ignore. He had over thirty turns with belts during the stretch and six tournament victories, many of which featured Dory. His performances in battles alongside Dory against Sheik and Abdullah as well as singles battles against Jumbo and Race are what solidified this one, though. And I'd note that, while I did suggest it was hard to land on a winner, I'd ruin such things by also allowing that it wasn't nearly that hard, either.

Tag Team of the Decade: The Funks

The Funks were a force in the 1970's, with six reigns, half of which were with the NWA International Tag straps. They were some of the first to make the art of tag team wrestling respectable and their work in Japan helped to solidify a spot in the country for gaijins, even today. Many wrestlers today desire a trip to the country to prove their worth and The Funks did it better than many could ever hope for. Of course, they also did very well stateside and across the globe to further solidify their spot as the team of the decade, too.

Promotion of the Decade: All Japan Pro Wrestling

When All Japan launched in the early 70's, I'm not sure anyone could have predicted the impact it would have on the wrestling world. It took only a couple of years before they were firmly the top promotion in Japan and it would take very little time before they were arguably the top fed in the world. AJPW instantly was home of classic encounters that have stood the test of time and they easily ran away with this category.

Check back for more retro award posts and, as always, thank you for reading.