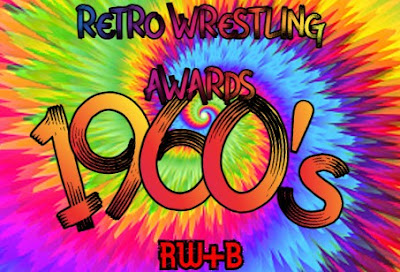 Match of the Decade:

This one was a paced out brawl of physicality, with Fritz playing the gaijin heel to perfection. Unlike a lot of the pure based technical mat classics of the time, this one felt far closer to something you'd see today than just about anything else of the era. While the finish might turn some off, the story and ride to that point made it not just a top shelf encounter, but also my pick for Match of the Decade!

Wrestler of the Decade: Giant Baba

Giant Baba is a true legend. During the 60's, he held championships on ten different occasions, many with his partner, Inoki, as BI-Cannon. While the dude might have become the icon he is known as largely in the 70's, it was his work a decade prior that showed the world that he was already one of the best ever. To be clear, Giant Baba won this category with ease and it really wasn't even close.

This promotion's significance in Japanese wrestling history cannot be understated. While the comparisons are certainly flawed, you can best compare the importance to puro by calling on the phantom of classic era NWA here in America. Rikidozan's company took what the NWA was building and made it work for his own nation and made it even better. In the 60's, if you wanted quality, you wanted JWA.