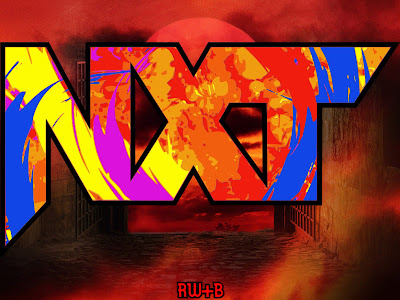 Hey, it's time to check in on NXT 2.0, which has not been doing super well in the numbers game. I have heard this was a good show, though. I hope so.

I guess Vince thought the brand had too many belts because this one started with a unification match. Does anyone know what's happening on 205Live? Does anyone care? Just curious. Oh well, this was great. I loved the action and athleticism. Both came off looking strong and Hayes in particular got to showcase himself nicely on his way to dethroning SLB.

The Dusty is promoted as returning.

Styles and Waller shared a moment next to set up a match for the following week. It served as a reminder that AJ likely would have been very fun in NXT a few years ago.

Dunne got a package building off of an attack from Tony D'Angelo and then a backstage segment with a bulk of the brand's women's division aired. It was skippable stuff.

Next up, we had a great trios match. Marcel and Fabian's work with MSK was really fun as was the Riddle and WALTER stuff. It all worked well together and rolled at a strong pace. I wouldn't hate a rematch.

Gacy had a backstage moment summing up to him and Harland wanting into the Dusty and to earn their way in. Next, Elektra Lopez got a backstage promo spot of her own. I don't care at all about the angle, to be honest. Both of these were filler as far as I am concerned.

Sadly, the women's match of the evening kind of sucked. Not just rough around the edges, this was simply rough, and a bit offensive in the sense that they ran this as a championship contest when the division has names much better doing seemingly nothing. NXT was once home of some of the best women's wrestling but, under the changes Vince has pushed, it's one of the worst sources. Think about it, is the division better than IMPACT's? AEW's? I mean, MLW might have them beat right now. You never want MLW beating you at something.

The Creed Brothers talked shit to MSK after they said goodbye to their fellow stoner.

Von Wagner broke up a segment and killed some kids or something.

We closed with the next big move in the transition away from what Triple H and crew had built. Ciampa was one of the best things involved with the older version of this brand and had years of epics, especially when tied in with Gargano. He put in for one last great one here in what will for sure be his last run with that belt. Breakker is rising fast and they are all in on the dude. I get it. I don't get the name change, but I get it. He still has a way to go, but that's not the point of 2.0 and Ciampa for sure did his part to put him over. Like it or not, NXT has changed and this is just the newest move away from what many fans miss.

So, New Year's Evil was a perfect display of what NXT 2.0 is right now. They are in transition, for sure. Awesome content will obviously still air, though for sure less often than before. You'll also get some super green versions of segments you'd see on Raw. It's rough, but has some charm. I get why some might enjoy it far more than myself, even. For this show alone, I give it a general nod of mostly approval. I didn't care for anything really outside of the three matches I rated 3.75, but I also didn't expect to enjoy it as much as I did, either.

Give it a spin and decide for yourself, perhaps? Or just skip it completely. Your call.