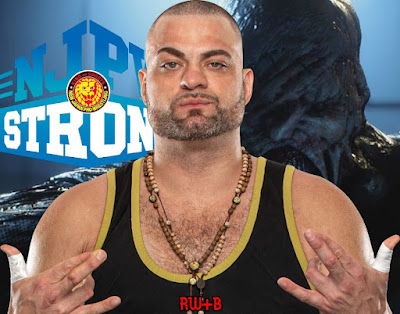 This one had some buzz, I'm on a New Japan kick, and I also wanted to see what's up with STRONG. It was recorded in 2021 for the record, so expect the main to pop up on that recommendation list and not the upcoming 2022 one.

The opener was a solid tech-leaning battle. DKC is pretty decent. TJP is good. That's about all that there is to say about this one, but it did kick things off nicely enough.

In the midcard slot, Bullet Club's Bey and Hikuleo came off fairly well against Clearwater and Murray. I am already a fan of Chris and I already thought Clearwater has a lot of potential. I'd note that I was more impressed with Hikuleo than previous and I really thought Murray came off well here, too. Good stuff.

The main event was easily MOTN and a fantastic battle in general. Eddie and Kidd hopefully have a rematch soon, because they worked super well together and both came off super well.

Check this one out if you have an hour to kill. I dig the vibe of STRONG and will try to check in a bit more.