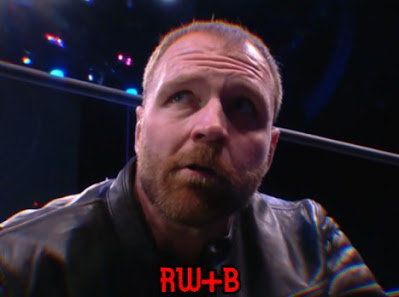 3.Kings of The Black Throne vs Varsity Blonds NR

This one kicked off with Mox's return. Any hope of return was nerfed by the GCW announcement, but it is what it is. The good news is that his promo was perfect and something I think everyone should hear, even non-wrestling fans.

The first match of the night saw Cole and Baker team up against Kris and Cassidy. I wish AEW ran more intergender matches and mixed tag matches, but they hold back heavily on such things. This was actually the MOTN and a fun opener.

Punk squashed the Chairman. MJF tried to attack after, was caught, then ran off.

Cody returned and cut a promo. It meandered and did the dude no favors if he wants the booing to stop. The dude can be great at times, but this was unfettered. Trimmed of fat, it would've been good.

The Kings squashed the Varsity Blonds and then PAC appeared on screen to continue his angle with Black.

Archer got an extended squash on Kaz, instead of a random jobber, and then had shared some blows with Page. Adam got the best of the exchange.

In the five spot, Deeb destroyed Skye Blue and kept her destructive side rolling.

The episode closed with Darby and Sting besting The Acclaimed. Punk creamed over this one. I do agree that Sting is amazing and likely need to grab a towel, too. Goth Phase were fun, as always. The table spot was entertaining but insane. Good, but rough, stuff to close the episode.

All of the unmentioned stuff was fine. This was admittedly another episode that felt below expectations. Fine, but I want more for my time and this largely wasn't it, sadly. Just watch Mox's return and then consider the opener and main event. The rest can be skipped.