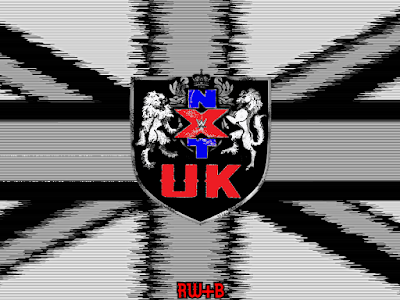 Up first, Bae vs Tyler. I'm admittedly still a bit sad that Bae left STARDOM, but she appears to being used decently here. This was a TV match for sure, with both working a short, but fun match. For an opener, this worked and it was even enough that both came off decently. The right wrestler won, too.

The midcard match was a pretty good singles contest. Like the opener, it was a strong TV match and they kept the show moving on a high note for sure. Sha's attire is a bit corny, but the dude could be a real contender with a few tweaks.

Main event time. A-Kid is a dude I was very impressed with when I first saw him. I was admittedly a bit worried when he signed here, but it was far too tempting for workers to sign with WWE when they killed off the scene. Anyway, he and Ilja killed it here and the new champ got to kick off his reign on a strong note. TakeOver quality.

The backstage stuff on the episode was honestly all acceptable. A bit cheesy, but it's a WWE brand that no one in power seems to care about. I wonder if Nick Khan will eventually remember this exists and tell Vince to just cut everyone.  Anyway, overall this was honestly a pretty fun episode of wrestling. It really reminded me of the golden era of NXT. Check this one out.