My Dive into the KHL 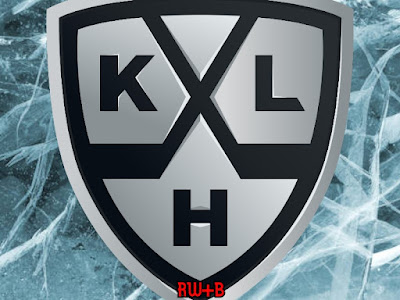 With the announcement of a new streaming partnership with ESPN, with games appearing on the ESPN+ service, the KHL is now available to a new, large set of eyes. Years ago during a lockdown, I remember first using some shady sites to check the league out and I found it to be pretty decent. Once everyone got their heads out of their asses, I was back to watching the Devils, though. I had a legit connection already and the KHL wasn't the easiest thing to follow, so there was no need or true desire to continue on.

Now, a few weeks into their 2021-2022 season, the Eurasia league is streaming stateside and it felt like a decent enough time to give them another try. When writing this, I did more research than perhaps needed and found myself kind of excited about the idea of having a second major league to watch. I've trimmed that down. Time changes things and the ease of watching has enabled a different attitude clearly so lets dig in a bit.

Each division is named after popular players in the area and a majority of the teams (19) are Russian based. There is also one team each from Belarus, China, Finland, Kazakhstan, and Latvia filling out the rest of the KHL. The champions each season hold high the Gagarin Cup, named after the first human to go into space. It weighs more than the Stanley for those seeking something to brag about or something. The Cold War dick measuring contest continues forever, after all. The Continental Cup goes to the team with the best regular season record, but they've apparently had little success in the tournament. Sprint versus marathon.
Here's the layout:

The ESPN+ deal sees the service host two games a week. The October schedule can be found HERE. After, you can check the latest on what games are streaming by checking HERE and going to the appropriate day, while keeping in mind that anything past a week isn't always a full list.
Note that major penalties are rare in comparison to the NHL and fights are seemingly nonexistent, as they result in far bigger consequences. As a result, you drop some of the chaos for a cleaner experience. This allows for a fun dynamic shift that makes the games feel different while holding the same roots. It's still ice hockey, and who doesn't want more ice hockey either way...
Personally, I've been watching and reading and have landed on supporting Jokerit. While admittedly thrown at first by their logo, the more I read about the club the more I liked. I will never have the same connection with the team that I do the Devils, but I consider myself a new fan and will watch their games when streamed.
Check out some games and see what you think.
Other Sports