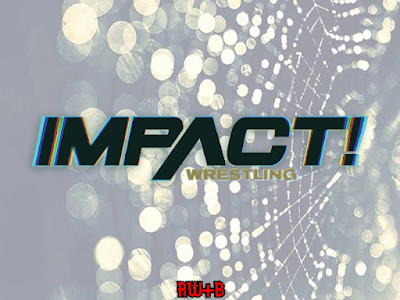 From Bound for Glory

The next chapter in the ongoing FinJuice/BizCliz angle was a good one. I would love to even see another two members, one female, for the group on IMPACT but that seems unlikely.

The year of Christian continued next in a ragtag tag team match. Alexander has been one of my favorite workers all year, Christian, as suggested before, is having a career resurgence that has been remarkable to see, and Ace rocks. Fulton is okay and played his part well, too. A pretty fun main event and a nice preview for the Bound for Glory title match.

On the next episode, another three-way X-Division contest ran pretty well with Phantasmo winning, thanks to a little bit of help from his buds. A nice spark to kick things off.

Bey lost to Sabin, which sucks a tad because I have found the uneven booking of Chris since joining the Bullet Club to be annoying, but it is what it is. These two dudes rock and this was a pretty good throwaway in the ongoing story.

Christian and Alexander had a summit style segment with Josh. Honestly, this spot and the tag match I just reviewed above were much-needed to push this feud past the current place of just being a cool matchup on the horizon, at the time at least. It's the small things and this added personal level that I appreciated. Well done.

The following week, we start with a number one contender tag match. It's a bit WWE to see yet another match between the teams, but at least they've been good together and Big H needs as much work as he can get. This time, we had a ref bump and then a shenanigan finish so it even more so screamed of being the work of an old, out of touch dick. Not my kind of thing and if you're reading this site, it likely isn't for you, either.

Zayne vs Trey was pretty good, though it could've been even better with a few more minutes tacked on to flesh things out a tad more. Still, I liked this one a lot. After, Bullet Club came out to punch some dicks.

A heated promo segment ending with a pull away for Christian and Alexander came off well as a last second sell for B4G.

The X-Division Championship three-way match was great, though they could have trimmed about two minutes of fat off of it and it would've been even better. Still, highly enjoyable and I love seeing Trey holding gold.

The World Heavyweight Championship match was great as well. I have really enjoyed Alexander's work this year and this feud. I have also really enjoyed Christian's return from retirement. The build was fun and this payoff rocked. I was truly excited.

Then they ruined it. Yes, Moose is a good worker and I like the dude's catalog, but this felt like the kind of thing that drove fans away from TNA. Sometimes it's okay to build up a face and let him run with it. I am sure Moose will have a good reign, but this felt wrong. I recommend fans to check out this company all the time and have to mention that they've gotten past the bs, but this doesn't look good.

Say I'm just being a mark if you want, but this was in poor taste regardless of whatever end-game they might have in mind.

I am aware of the results of the rest but didn't find them to be worth checking out in full, admittedly. Check out Cagematch for results.

Next, to close my catch up post for IMPACT! we have the most recent episode of their weekly series.

Trey Miguel bested Rocky in a very good first defense to get his run off to a nice start. Maclin attacked after.

Sabin and Ace also had a very good contest, with Fulton helping Austin pick up the victory in the end.

Also on the episode, Moose and Cardona shared a moment backstage. We also had a chaotic scene backstage setting up a six-man tag match and Maclin making his intentions clear. Alexander attacked a ref. It was a good segment. More importantly, we had Moose cut a pretty nice promo where he called out other fed's champs. It ended with MINORU SUZUKI and ALEXANDER having some beef. Good shit.

I really enjoy this company and, more importantly, this roster. They're also a one step forward, two steps back fed. Check out whatever sounds fun and thanks for reading.