On the Vaccination Requirement for AEW Dynamite: Grand Slam and the Implementation on Employees Present 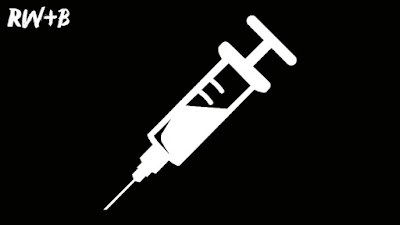 With the news that proof of vaccination is being set as an requirement for fans wanting to attend AEW's upcoming show at Arthur Ashe, I found myself asking a few questions. Note that the announcement should be of no surprise to anyone following current events.

The biggest question I found myself asking is how the rule is being implemented to folks that aren't attending specifically as spectators. One relevant source I spoke with said that he believed everyone working for the stadium was vaccinated, for those that might be interested in that bit of info.

Furthermore, and more directly related to the larger topic, the respectful folk that work for the Stadium pointed me to the following bit of information, which happens to be language taken from Mayor de Blasio:

I hereby order that the following individuals are exempted from this section, and therefore may enter a covered premises without displaying proof of vaccination, provided that such individuals wear a face mask at all times when they are unable to maintain six (6) feet of distance from other individuals inside the covered premises:
I could be very wrong here but to me the language here reads as if any non-New York resident that comes to the show as part of the AEW crew would be then required to basically wear a mask to attend and participate, presuming they aren't vaccinated.
Feel free to correct me if I am off base or even if you just want to soap box and call me a dumbass if that's what you're into.
I will follow up with a related story soon, presuming I get a reply other than, "no comment." in return. I have reached out to other parties, including AEW, and have yet to hear back. I will update with more information should it become available to me.
I will add that execution here is just as likely to not be implemented as I suggested above, especially since that sort of skirting of policy, grey area behavior seems to perhaps be a common occurrence across the country. The fact that we have no idea who is vaccinated in AEW in a definite form, which is how it should be in my opinion, will make it impossible to know either way.
The upcoming Jericho cruise will reportedly require all involved, including performers, to be vaccinated.
Take the info presented here in anyway you'd like.
Full disclosure, but I am vaccinated and believe that all that can, without fear of legitimate medical decline in response to doing so, should get the shot, too. I just also happen to believe that it's not my place to know which pro wrestler or staff member has done so while simultaneously holding no issue with requirements being in place for those wanting to attend major indoor events.
Wrestling