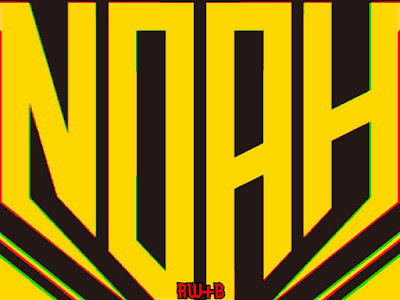 I decided to go ahead and watch the NOAH digest videos like I started with All Japan. I do really enjoy the company and them running their N-1 makes it feel like a good time to try this out.

Here's the field and their points earned, which I'll update throughout:

First, we have a digest of the Prologue event.

We start, following some backstage comments, with the close of a junior multiman. Some words and shots were exchanged after. Decent kickoff.

The rest of the video focused on the big elimination match. In the playlist, the full match is available for those that might be interested. It's worth the watch, for sure, especially if you plan on catching the N-1. Many moments building off of past battles were included as well as a few seeds were dropped for the tournament. The Kenou/Kaito bits in particular rocked. Honestly, it was a fantastic match and a strong primer.

The night one digest video gave us some good content.

Fujita put away Masa after a series of kicks to the head to earn 2 points.

Kendo Kashin did the same, surprisingly, against Kenou. It was a bit overdone with over dramatic bits, but they still worked a rather entertaining contest at the same time. Props for mixing things up, I suppose.

Tanaka and Naka didn't have enough aired to rate, but it came off as pretty damn good. Nakajima's new look is growing on me. The legend got the 2 in this one.

The last match of the show saw Takashi working down and then him and Muto going to a 30-minute draw. In no way should this have lasted that long and Muto showed us all here that he was going to drag down everyone he works with on this tour. I like the dude's catalog but he really shouldn't be in the N-1, especially not main eventing and going 30-minutes for draws to stroke egos.

On night two, we started with clips of two old dudes fighting. Saito and Funaki was better than a singles match with two 50+ year olds should be. Poor Masa should not ever be so behind old dudes, even if the tournament is just starting.

Saku twisted Kotaro into a pretzel in the next clip. Acceptable.

W1 vs DG next. Again, not enough aired to rate but it came off well. Inaba can be pretty good and Mochi is amazing and ageless. The latter pulled ahead. It was the right move.

The second night closed with Kaito, with a new look, and Big Soya. I've really enjoyed watching Kaito's growth over the years. He put away Manabu after about 25.

On night three, old dude beat each other up to start the night. Saito and Fujita was fun for what it was while still being super basic.

Nakajima and Inaba didn't air enough to rate, but it came off as raw and rough but enjoyable because of it. The finish rocked.

Kenou and Inaba was borderline great with a quick pace and full of great exchanges and stiff strikes. Kenou was the right guy to win, but Inaba deserves credit. He's stood out decent during this tour so far. He had some moments in W1, too.

The night closes with Soya working down for Muto. Again, sad stuff. That the digest ends with an image showing Muto sitting above the rest of his group with 3 points is a cursed image.

On night four, Masa was put out by Funaki. Masa has not done well in this tournament.

Tanaka and Sakuraba really didn't need to be a time limit draw but it was luckily still a pretty good match overall despite that as these two continue to perform far better than they should at their ages.

The Kendo Kashin vs Mochizuki contest was a spectacle to say the least. Circus act kind of stuff and honestly not something I cared too much for.

Sugiura and Kaito main evented. Their match admittedly didn't fell anywhere close to what I'd expect from them while still being pretty good. Kaito winning was the right choice and a nice call.

Night five saw a loaded card in the Korakuen.

Nakajima and Sakuraba was great, with a fun dynamic battle of strike versus grapple. They both leaned nicely into the style and put in for one of the best matches of the tournament.

Kenou versus Mochizuki is the only other match I've seen added so far, but it was great and full of stiff strikes just like I expected. While the N-1 hasn't provided as many hits as I would have liked and while a match between the two in another scenario would be expected to be better, I still give props because this was fun shit in a vacuum.

Next, a solid sprint between Fujita and Funaki that was far better than I had expected. Good style battle.

The last match saw Muto get a second tournament time limit draw, for some fucking reason. Kaito had to work down, of course, but it wasn't bad. It also wasn't super good either despite being one of the better things involving the legend this year. They clearly didn't want to give Muto any defeats during the N-1 and figured it'd still be a rub for Kaito and Sugiura, I guess. At least Kaito moved ahead to win his block with this one.

The tournament ends on the 3rd, with Kaito vs Kenou and Funaki vs Nakajima set as the semi-final matches. I'm hoping for a Nakajima versus Kaito finals match with Kaito going over, personally.

And. It's. Time. For now, as you can see in the playlist listed above, I am using an upload that isn't labeled as a digest video and therefore it stands to reason that I'll get a chance to see more of the content once one of those is uploaded. I just couldn't wait though and honestly, this felt like a digest video so perhaps they just didn't label it the way they normally do. I'll reopen this as needed should something happen.

Kenou and Kaito ended with Kenou getting a flashpin, moving the heel forward while ensuring Kaito lost little to nothing in defeat. My preferred finals match and outcome is already gone.

The other semi saw the right dude win, with Naka hitting a nice strike and then his brainbuster finish to send him onward.

Next up on the upload, Eita versus Kotoge. I'm big on the idea of a Japanese Perros del Mal unit and love the idea of Eita leading it. Between this and R.E.D., the dude is heading two of my favorite units in the business right now. This one was a good building block match. We might be getting new GHC Junior Tag Team Champions next week.

The next match, with Stinger in action, felt like a building block match as well, giving the show a tone that suggested we were here to see both the N-1 finals as well as content meant to drop seeds. It came off decently and the double-pin finish was an acceptable enough choice considering the circumstances.

Harada and HAYATA restarted things after, but the Stinger member ended up walking off.

The grandpa semi-main was honestly a crowd pleasing style multiman and better than I had expected it would be, especially considering it was just a throwaway. Good shit, ending with Sugiura putting away Mochizuki.

The finals were heavily clipped. We saw a nice staredown followed by a strike exchange before Naka went for the finish and put his unit-mate away. I appreciated this one and enjoyed the respect shown post-match, too.

Nakajima stood tall alongside his massive trophy after and made his intentions very clear as he and Marufuji, the current GHC Heavyweight Champion, shared a moment in the ring.

I watched the digest video later, which is included in the playlist, and have added ratings now to the semi and finals matches. The Kenou/Kaito match was good shit, the Naka semi was fun, and the big one was fan-fucking-tastic, closing things on a high note.

I enjoyed this year's N-1 tournament and looked forward to watching each video as they were uploaded. I also enjoy the idea of Naka possibly becoming the top dog of the company soon and admittedly hope that's the plan. Check out my playlist and enjoy.