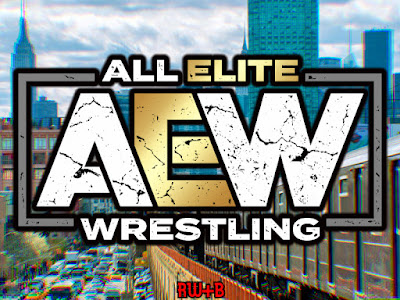 Rampage
Thoughts & Predictions
Next week, AEW has their biggest live audience to please and they're giving them a fucking PPV quality event as a result. I mean, look at the card. This thing is stacked to the ceiling with potential, people. There's major ramifications too, but we'll get back to that in a moment.
FTR are bouncing back right now and we're temporarily moving away from the rubber match with PnP. Instead, they're jumping in to follow up the drama that Spears and Tully brought to Allin and Sting. This one is trick, because Darby is coming off of a big L against the returning Punk. Honestly, the best choice for me would be to have FTR go full dick in this one. Have them force Darby to watch as they destroy Sting, temporarily writing off the legend. Maybe have them destroy Darby, too. His comeback would be big and the moment would help push FTR back to being immediately, legit top guys.
Pillman is getting elevated a bit and should be a great throwaway win for MJF. The latter is bouncing back pretty quickly from the Jericho angle and is being clearly presented consistently as a top heel, as he should be. MJF wins, also as he should, but it will be perhaps a better match than some expect.
Suzuki-gun and the Wild Things also have a match during all of this. Lights Out style. I'll be dramatic here and say that we get a heel turn with either Mox or Kingston turning. It's not based on anything and is perhaps too early, but it feels like the right move to be made at some point. If that doesn't happen, I expect the faces to win this one.
The big cluster fuck tag will be indie style spotfest chaos. It's also be very exciting shit. HFO to win and I bet Orange and the Best Friends' drama with Matt and crew spills over.
Penelope Ford and Anna Jay will be good, if given a bit of time. Anna should win. I fear they won't get much time and most of it will be missed during a non-PIP commercial break.
Cody is back. I love that Black is in AEW but this angle has been a bit hit or miss for me and I fear Cody will win here which feels wrong. My hope is that we actually get a House of Black unit reveal and Black continues to be built up.
Baker and Ruby are one of the most promising matches on the card. Baker's reign has been one of the best title runs in wrestling right now and in no way should end in New York, even for Ruby. Soho will still be a top name especially after a great performance and doesn't drop much by falling here and that's what I expect to happen, especially considering that I've been hearing that Thunder Rosa is currently penciled in to be the one to dethrone the champ.
We'll circle back to Danielson/Omega in a bit.
Dan Lambert has done nothing for me in AEW. I don't want the dude wasting time on Dynamite and I think Men of the Year are fine without him, too. Not even Jericho saved that segment this week for me. If Sky and Page fall to Inner Circle in New York, it's even worse for the duo. Flip a coin, though. The match reeks of potentially being overbooked and one of the weakest things of the week.
Cole and the Jacksons are back together bay bay! A match against Jungle Boy, Luchasaurus, and Christian honestly looks awesome and I have very high expectations. The Elite will win this one. Expect nothing short of four stars.
CM Punk crosses another off of his wish list against Hobbs. If played clean, this will be fun seeing as Hobbs has a lot of untapped potential. It's a big match for the dude and should only help elevate him. Punk wins and then will move on to working with the rest of the crew.
Note that it seems Starks and Cage isn't booked for next week, unless I missed that, too.
The last match announced as of me writing this will see The American Dragon against The Best Bout Machine. This could go a few ways, but I'd argue that the best is a time limit draw. Upon a possible restart, have The Elite run out and stop it all. Ending a show on that note strikes me as something AEW would do.
Who comes to save Bryan?
The last thing I'd mention real quick is that there are multiple names leaving WWE soon in the coming months. There's also a few that have already left and are now free completely. Oh, and Page returns very soon.
Take note.
Wrestling