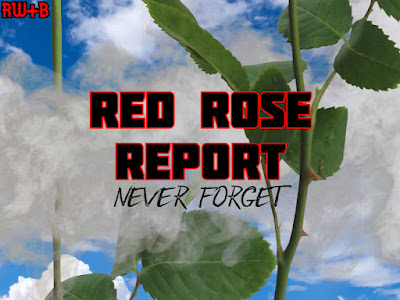 CHECK OUT MY NEW BOOK, RED ROSE: OBSERVATIONS OF AMERICAN POLITICS AND THE WORLD AROUND US, OUT NOW ON AMAZON.COM.

There are few moments in American history that have been as consequential as what happened on September 11th all of those years ago. Even talking about it can be enough to get your shunned and ostracized, presuming you approach the subject with anything less than complete obedience to the attitude of the status quo. Perception is always key in life and I think perception is something indeed that still needs to be infused into the topic, though.

Note that I planned on posting this sooner, but that just wasn't in the cards.

First, COVID-19, a completely preventable disease, has killed 1 in 500 Americans as of this moment. Soft estimates suggest the number is around 700k dead. For context, around 3,000 died directly as a result of 9/11. It's a death-count that is already over 200x larger, yet we're collectively being told to jump headfirst into the meat grinder in the name of the economy and to pretend that it's all over. Go back to brunch, everybody. Sure, there is a simultaneous voice pointing out the growing dangers of Delta and other variants and hospitals are once again overran, but the actions speak loudest and those actions right now say that it's time to return to poverty wage gigs while most of those media narrative pitches are mainly just promoting the idea that we further divide ourselves.

A quick side note, but a little over two years ago the Wuhan lab website removed any mention of their attempts at virology experiments involving bats. In the name of "cyber security" just before strange cases started popping up that they also tried to ignore at first. Just think back to the beginning months of 2020.

Meanwhile, the tragedy of 9/11 is so uncomfortable that few seem to want to actually learn more than surface level material, and it is burned into our minds as being the worst thing in modern American history.

Fifteen of the nineteen directly responsible were Saudi nationals. Allies to the United States, we instead turned our attention to elsewhere while purposely covering up any possible attachment. Recent declassification of details is being promoted as proof of a lack of connection, yet those that actually read these documents and crosscheck it with previous known info can easily see something different.

Remember, these are documents that were held tightly by Bush, Obama, and Trump. The papers, for example, reiterate the narrative that Omar al-Bayoumi casually ran into some of the hijackers and just happened to help them like a good Samaritan. This is a guy that received loads of cash for seemingly doing no known work while helping to get housing and to act as a shepherd for people that didn't speak any English. I'm sure those dudes were going to be able to get around just fine without him, though.

The worst part is that covering up the info for so long just further promoted the theories that grew from the seed that was planted with a lack of transparency.

Biden was pressured by grieving families to release these documents, for the record. He didn't just choose to do the right thing.

Saudi Arabia has tried to disown Omar, but all signs suggest that he was an agent of high rank and frequented the embassy. Of course, that government tried to get Osama back before all of this not because of the planned US attacks but because he had turned against the crown so take that as you'd like, too.

Did they directly fund the US attacks? No proof of that seems to exist, not that they'd be THAT obvious, but I still think there's a clear connection and that we'll never know the full truth.

This is a country that is responsible for dismembering a journalist recently, of course. Do you know what Trump and Biden did in response?

Of course, we'd also have to pretend that our own government didn't completely mishandle the lead-up to 9/11 but I'll refrain from digging into that rabbit hole right now.

Now, I could present some of the more popular conspiracies around this subject, which have been overdone for years. There's enough out there for you to decide on your own on all of that and, to be clear, I do think much of it is overstated or flat out bullshit. That said, I wanted to mention one last thing that is left out of most discussions simply because addressing the poisons of our systems is far too uncomfortable for far too many of us.

In the days directly following 9/11, the elite fucked us all again taking advantage of the situation.

Because of the drops that happened immediately after the attacks, many major companies gave low cost stock to CEO's so that when things bounced back up the stocks would be worth far more, meaning that  corporate America utilized a tragedy to further enrich themselves and the system actually rewarded them for the behavior.

The Republicans, in charge at the time, focused on cutting taxes and capital gain taxes in the immediate aftermath, too. Democrats would have likely done the same, just to be very clear here, and they voted along with little resistance to this move so don't get all partisan.

So, remember ladies, gentlemen, and non-binaries that when the liberals and mainstream media are rehabilitating the image of war criminal Bush and his allies, just because they say some things about Trump that help sell headlines, that a smoother tongue doesn't make one less evil.