Kings of Leon: When You See Yourself Review 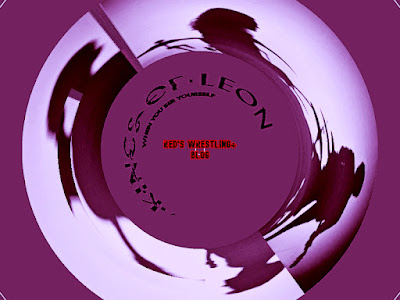 An ex of mine introduced me to Kings of Leon back in high school. We didn't last together long, but she was pretty cool. I remember her being a true artist and someone I respected as such. I let her take pictures of me in drag and I found the work she did with them beautiful. Shout out to you, on the super off chance you somehow see this, Ciana in Texas, unless you finally left that hell hole, too. I hope you're doing well.

This group got pretty damn big a few years later with some big radio hit earworms. When looking at which albums I wanted to listen to and review from this year, since I am trying to stay pretty up to date on music going forward, I saw this pop up and I had to include it on the list.

So, When You See Yourself could likely be mistaken by some fans as the group coasting. It's their eight album so not many would blame them for doing such a thing. It's a sentiment I've seen a few consider fair.

Personally, I don't think that's necessarily valid a stance to take, though. I appreciated the mellow tone that largely fills this overall piece especially considering the added drama sprinkled throughout. There's a subtleness but one in which Kings of Leon have found themselves comfortable and they swam naturally in that realm throughout, providing for an experience that feels like a group of true pros just having fun making music they want to make. I respect and appreciate the musicianship on display and think they more than earned a listen from anyone willing to give it a try.