Demi Lovato: Dancing with the Devil... the Art of Starting Over Review 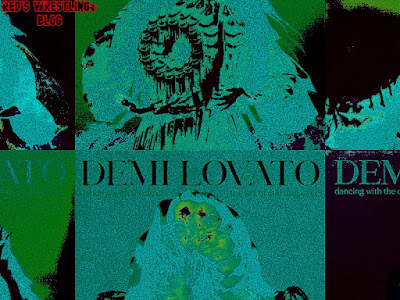 So, let me be clear and state up front that I am not a huge fan of modern pop. It's just not my thing for the most part. Sure, a song or two will pop up on the radio enough that I'll familiarize myself with it and then I'll be okay with it, but that's usually it. That said, I have found myself respecting Demi's vocal skills a few times over the years and, when browsing the year's releases and making my listen list, I stumbled upon this little release.

If I can say one thing, it's that you can tell Lovato is really comfortable with herself and it shows throughout. She passionately sings the words across these tracks in a way that really sells her lines even if you don't personally feel attached to what she's saying. There's a little spoken poem included, even. It just all feels sincere and quaint and intimate. It likely will piss off some of the fundamentalist Christians which is a bit funny, too.

Honestly, in general, this was pretty good. I don't normally recommend pop albums, but if you're open minded enough or you're already a fan of the genre, this was worth a spin.