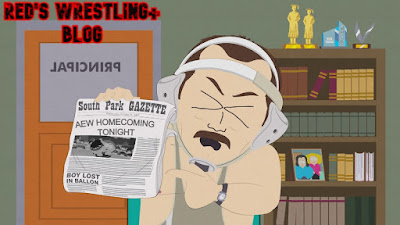 EVENT CARD
Thoughts:
This is the AEW return to Daily's Place, the same place they called home for most of the pandemic thus far. A reminder, but we are still actually in the middle of the pandemic and there's a chance that AEW has to return to the same situation they were in pretty soon.
EDIT: Apparently, the odds are very small, actually. Makes sense considering we, as a society, love to pretend shit is fine while it all burns around us.
We'll see.
I will say that it's more likely that WWE are the ones that return to limited/no crowds, though. AEW is willing to require masks (though they won't truly require them if we're being honest) and possibly even proof of vaccination. Cody even said so himself and the brass is all pro-vax.
WWE on the other hand...
Plus, Vince loves narrative control. It's why they pump in fake crowd noise and edit things after to look better for their angles that aren't working. They were able to control things far easier in the Thunderdome. They'll also try to spin the narrative that they care more about safety than AEW if that happens, despite the fact that they botched even worse on that last year. The diehards will fall for it head first because they believe anything Vince says.
Sorry...back to the show.
The matches announced are pretty solid but it will arguably be a step down from the past few episodes. I've also been told that TK has nothing major planned surprise-wise for this week, but shit changes so take that as you'd like. It is a smaller crowd. We should get something in the way of finding out Jericho's next trial, at the very least.
Christian Cage is being built up nicely. I don't think he'll get anything like his top of TNA run, but he has enough gas that he could easily be a nice little top shelf midcard worker in the fed and THAT'S FINE. I don't even mind a title shot or two against whomever holds the brand's world strap at that select time, especially as a throwaway television match, but I really don't think he should ever actually get the nod. He'll win here in something that I bet caps out at around three star range.
The alliance with the NWA continues, this time with Leyla Hirsch hopefully getting the nod over Bunny. The winner apparently gets a title shot at Empower. It's the only women's match on the card, sadly. I hope it translates to a good one as a result. Leyla is certainly capable of it and Bunny can be solid when matched up right. Hirsch isn't just who I want to win, but I think she also makes more sense to get the nod here.
Yesterday, 2.0 and Garcia had a promo posted where they called out top AEW names. They are a very fun team and Garcia being added is interesting if nothing else. They are also being thrown straight into the damn fire here. The only way the trio gets the W is if it's the start to a big angle, but they will likely look great in defeat. I'm very surprised to see this even being a thing. It should be decent. Maybe it's a set up for a El Generico unit down the line or something, by the way. Fuck, I don't know. It just feels like something in my jellies.
Miro and Lee Johnson face off with the TNT Championship on the line. Miro, of course, wins here. Johnson will get some shit in and it is a test for the dude. If he does well enough and wins over the crowd well enough, he'll be elevated a bit. A throwaway defense for Miro, but it should be okay.
Jericho and Juvy add a new chapter as part of the ongoing plot with MJF. Honestly, Juvy isn't the same dude he used to be but is still a more than competent worker. This is a big spot for the dude and I think he steps the fuck up. It won't be as good as last week, but Jericho will win in a fun one.
Now, the hard part. Cody HAS been willing to eat an L in AEW. It just doesn't happen often. Black is a big acquisition and I don't think Rhodes is THAT much like Double J. Does Cody get destroyed like he did for Brodie, then take a nice bit of time off to be with that new kiddo? Does it end dirty to set up more later? Honestly, I have no idea. I say Malakai wins but I'm less certain of it than anything else on the card. It should be a spectacle.
EDIT: I forgot about Cody's vanity project. He's going to film that reality television show PLUS has a new kid. Yeah, he drops clean and sets up Black to be a big deal.
I'll try to live review the show if I can. No promises, but I am likely watching tonight even if it's not as it happens.
Thanks for reading and have a badass day.
Wrestling