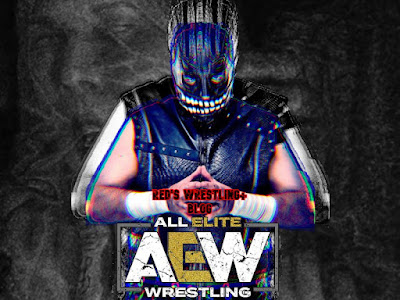 I should be reviewing live tonight presuming nothing changes at the last moment. My son is sick right now so I might dip in and out a bit. Just a heads up. Refresh throughout the night.

While I wait, lets play the prediction game.

Darby will beat Garcia but I expect a nice outing from the latter and I've quickly grown a liking to him. The Elite will win their trios match but Christian will get involved. Dante will continue to rock. We really need six-man belts soon. I have no idea who wins the Best Friends versus HFO match as I feel neither should take an L right this second. Best Friends likely wins. Kris beats Nyla as she continues to rise. I'd love for Uno and Dos to win gold tonight but...it's not happening. Jericho beats Wardlow but gets fucking beaten down and destroyed after.

I've not fished around much and have no idea if we're getting any surprises tonight.

Note that the Caster situation has seen The Acclaimed removed from the tag rankings and Max's partner worked the Dark tapings tonight solo. I believe Elevation matches are recorded with Dynamite and Dark with Rampage but could have that backwards or completely wrong. Long day.

I'm avoiding spoilers but I do have the list of matches taking place during the tapings section.