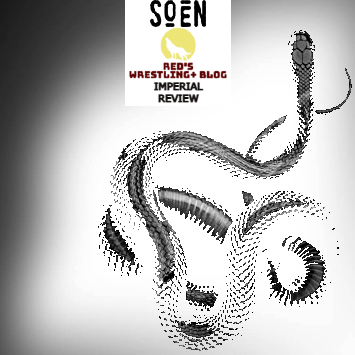 Soen is back with their latest offering, Imperial. This is #5 for the Swedish unit and runs along nicely with the rest of their catalog for their base. I've long considered Soen to be a nice mixture of Tool and touches of Dream Theatre and that is on full display once more with Imperial. The biggest change this time around is a brighter tone, giving Imperial an almost uplifting touch throughout even when the agonies of the lows ebb and flow.

The guitar work rides above the fantastic rhythms fleshed and boned by drums, bass, and keys, taking you on a journey through the unexplored. A sensation relatable to playing those amazing first person dungeon crawlers on Dos with better graphics, Imperial is an experience. Major credit goes to Joel Ekelöf on this one, too. His vocal work was top notch here and he came off as a true star in his delivery.

Soen's Imperial was a fantastic album to dive into and was artfully done. I strongly recommend it to fans of the band, the progressive rock genre, or just anyone with an open mind and an ear thirsty for art.