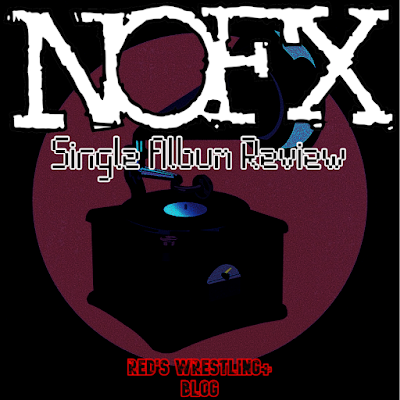 Single Album is the 14th fucking album from NOFX! You'd basically expect any band that deep into their career to be phoning everything in, which is at a level few groups could ever get to if we're being honest either way. Not these assholes, though. No, NOFX instead are writing the songs they want with energy that no one their ages should have and it's working.

Single Album is full of the expected, high energy punk that they've made forever. You'll get the political takes, some attempts at humor that will or won't land depending on who you are, and the quickly worded, nasal rants and you'll have a damn fun time along the way. It won't blow you away and it doesn't really push the genre boundaries and that's okay.

While not recommendation levels on quality alone, I still could easily see this being worth a couple of spins for anyone still listening to punk in 2021. The sarcasm alone is worth it.