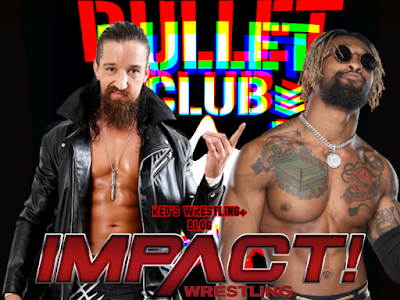 I watched this one match as well as the Jey White angles from this episode.

Lets move along with Jey's promo. He called himself the real belt collector and then stated he was there for Finlay. A match at Resurgence was mentioned as White belittled his target. He then called the Good Brothers the biggest Bullet Club fans and denied them re-entering. Kenny, Don, Karl, and Gallows came out to reply. A back and forth followed.

It was good shit.

Bey came for the save when the chaos started. I look forward to seeing Bey in the BizCliz.

Omega and Alexander shared a moment of their own which hopefully means we'll get a match between the two ASAP. Is Josh the one that will dethrone Kenny? I'm cool with that for sure.

The Good Brothers' backstage promo on the happenings was decent. A tag match for next week is set up.

Last, lets talk about the match.

It was a fun, fairly good throwaway match that did well to showcase Bey on an episode that featured a lot of the dude. Good thing he's so damn good that it didn't feel like overexposure.

I'm intrigued with the direction and largely enjoyed everything here. Consider checking out the match and/or segments if they sound like you cup of tea.