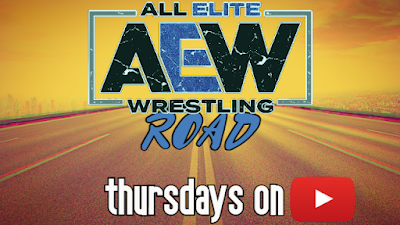 I have slight OCD. It's part of why I admittedly get annoyed with the lack of clear definition for Dark and Dark: Elevation. Still, I know Rampage is on the horizon which means that AEW will have shows on Monday, Tuesday, Wednesday, and Friday each week.
Nothing on Thursdays.
That bugs me. Maybe it shouldn't, but it does.
So, what should they do?
I introduce you to AEW Road, a YouTube series to add to the overall catalog of the brand. If you think it's overkill, I'd start by asking if it isn't already overkill that they have shows on four other days, not including weeks with PPV events. I'd then follow up by saying this would only be 30 minutes long.
Road will be a more organized version of their Road To releases concept alongside the old Best of WCW show or even WWE's Main Event. But better.
Highlights from the week, previews for Rampage and PPV's when applicable, exclusive interviews, etc. It can include a match taped at the Nightmare school, perhaps.
Love it? Hate it? Let me know.
Wrestling