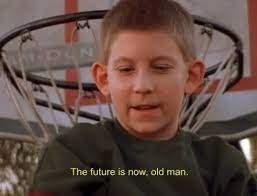 Vince McMahon has once again played off competitor, AEW. A brand that has quickly risen and has exceeded all expectations. A brand that is on the heels of the titans themselves. But, this is WWE. A company known for spinning a narrative and sticking to it, despite it not matching reality.

Very much a tactic we saw Trump utilize for decades and one Vince embraces fully.

Since AEW began, there have been clear attempts to keep them down. NXT was rushed to the USA Network and had the format and tone changed a bit, too. The show suffered as a result, eventually moving to Tuesdays.

Ask yourself if USA is happy with how that played out.

Now, add in Punk and Bryan going to AEW. Oh, and possibly Flair and Brock, too.

WWE has had to walk a nice little rope to please their big television partners. I mean, Vince currently is living his dream. Regardless of how bad the product gets, he is still making huge green off of name recognition alone. It's a damn good place to be. Especially if you are wanting to sale soon.

The signs and whispers that I am hearing is that WWE is unhappy, despite the official narrative. This last week, they reportedly contacted advertisers to ask if they were okay with the bloody main event, then allegedly used their resources to get an article on Dominos published. At the same time, AEW is booming unlike ever before with TV ratings and ticket sales exceeding all expectations.

Vince might say it's nothing. But we all know, don't we...