Dusting Off a Gem #5: maudlin of the well's My Fruit Psychobells...A Seed Combustible, a Review 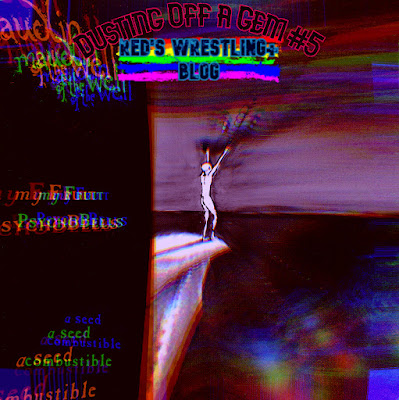 I've long been an admirer and dedicated fan to Toby Driver and consider his work output to sincerely be some of the most beautiful things I've ever heard. The love I have for his projects started with maudlin of the well, specifically when I first heard Bath while in college. I was already a big fan of various progressive artists, like Coheed & Cambria, The Mars Volta, and Between the Buried and Me, but during those years I found myself seeking out anything I could that pushed the envelope and maudlin stood out as one of the pillars of that concept. That niche. Yes, maudlin was simply an artistic vision and the catalog attached is revolutionary. That said, I previously had never actually heard their debut. I have no idea why, especially because I have heard the other full length releases and loved them. Same with most of the releases from follow up project, Kayo Dot.
I finally fixed that mistake.
My Fruit Psychobells...A Seed Combustible is a starting point. Not just the first album from the group, but a true starting point in an artistic saga. It ebbs and flows with movements that range from deep, dark places to far lighter toned moments that you could sing to with a smile. It's an experience and a journey and that this band was able to make something so brilliant on their first try is a testament to their abilities, collectively and individually.
Rating: ***3/4
Dusting Off a Gem Music Reviews & More Red's Reviews