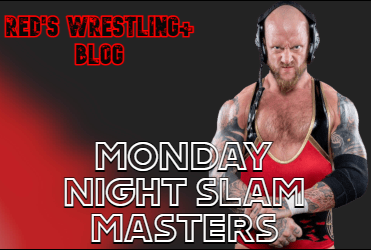 Matches:
1.WWE Intercontinental Title: Apollo(c) vs KO ***
2.X-Division Title: Alexander(c) vs Ace ***1/2
3.KUSHIDA, MSK vs Legado del Fantasma ***1/2
4.Mexican National Trios Title Tournament, Semi-Final: Hijos del Inferno vs Guerrero Maya Jr, Stuka Jr, Star Jr NR
5.Cesaro, Bryan vs Rollins, Jey ***1/4
6.McIntyre vs Strowman NR
7.Callihan vs Edwards NR
Thoughts:
Watch the episode HERE.
After The Midcard, breaking down some general midcard situations around the continent, we launched into an Intercontinental Championship match, with Apollo Crews and Kevin Owens in a good match with a shit finish. Just a building block in the end, but still enjoyable enough overall to give a nod of acceptance.
On IMPACT, we saw Ace Austin getting his championship rematch following Alexander winning the strap at the last PPV. This was a very good stuff and, at risk of sounding like a broken record, another example of the positive direction of the division right now.
Over on NXT, the Cruiserweight Champ and Tag Team Champs teamed up to take on Legado del Fantasma in a recommendation worthy six-man. Tight action and nice drama and storytelling put this over the edge.
In the semi-finals of a tournament to crown new Mexican National Trios Champions, the tecnicos beat Hijos del Inferno to move on. Next week, the other half of the bracket will be highlighted.
The main event scene this week was heavy with story movement as the focus.
Cesaro and Bryan beat Rollins and Jey, with Seth fleeing near the end. It was a good one overall, and post the faces laid it on Uso with almost 40 swings together while trying to call out Roman.
McIntyre and Braun was overbooked and ended when T-BAR and MACE got involved, helping Strowman get the W. Lashley looked on.
Kenny was required to appear on IMPACT this week to avoid being stripped of the belt and he did so, along with The Good Brothers, by ruining a decent looking match between Sami Callihan and Eddie Edwards. FinJuice tried to make the safe but failed, looking like geeks in the process. Kenny, Anderson, and Gallows walked off strong.
The episode closed with Roman in the ring with Cesaro and Bryan, and the Universal Champ telling Cesaro he isn't worthy of a shot. Instead, he offered one to Bryan with the caveat that if/when Reigns wins, Daniel has to leave SD. The interesting thing here is The American Dragon's contract situation. He's claimed to be due soon and I've heard some say that he is leaving and soon. It could be a negotiation tool of course, especially with AEW simply existing helping in the process, but time will tell.
Red's Reviews The RWB Channel Wrestling