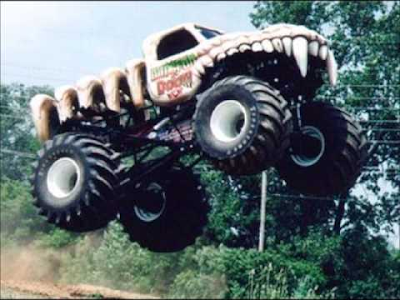 The issue with running more than three matches on a one hour wrestling show is it can make everything suffer. Two is best, three is good. One is risky but can be awesome. Four or more is a bad idea. Here, we had four, which made the entire episode feel rushed.

This episode starts with the commentary crew pumping up that they are in Chicago, wearing Bears jerseys, and then we're told The Giant is banned from the arena for the evening. Sting interrupts them and claims he will fix the issues between Savage and Lex.

Our first match was just over a minute long, with Sting successfully defending the United States Heavyweight Championship against The Shark. It was not much of anything, but clearly only Sting is seen as important in this situation. The reason why WCW gives out title shots makes little sense most of the time.

Moving on, the second contest of the night had masked Jerry Lynn and Sabu kill it in a super fun match. It was only five minutes, but they really did well with that time. For a spotfest blitz, this holds up even to today's contemporaries. It looked like Sabu was about to repeat what he did in his Nitro debut but we cut back to the booth instead so that they could set up the Luger drama segment instead.

Lex, Savage, Mean Gene, and Sting are all in the next minutes and instead of peace Sting sets up a rematch with Luger and Randy to take place at Halloween Havoc. First, they must beat their already scheduled, Dungeon of Doom opponents, of course. Instead of making peace, Sting just caused more drama.

Benoit is shown getting out of a limo and promoted as if he's a big deal which is a promising sign.

Next, we see Disco Inferno come out and start dancing while we're told he's not part of the roster. He continues to dance to his own boombox as the opponents for the semi come out. When Hawk arrives, he fucks with him which eventually leads to the Road Warrior attacking the dancing dipshit while the ref counts him out. Okay.

Hogan comes out in all black next and calls out The Giant. When told that he had been banned from the arena, Hogan promises to go get him outside. Pure insanity, this angle is. Out back, we see The Giant and the Dungeon of Doom, without The Shark who was squashed earlier by Sting inside the arena, try to break in while riding a monster truck. The 90's were fucking crazy, folks. Police promise EB that they're keeping them apart.

Flair and Arn worked a rushed, 4 minute cage match that saw Pillman try to interfere and then Arn win after using brass knuckles. Flair then challenges Flyin' Brian and Anderson for next week. He says if he can't find a partner, handicap is fine by him. It could have been super enjoyable but was all too rushed. If they had cut the Disco Inferno stuff from this week and kept it on Saturday Night it would have been better.

On one hand, this felt like the quickest hour of Nitro so far. It also had a fun match with Sabu and the debuting Mr. JL. It was pure entertainment and almost a parody, but from a pure fan standpoint it also was poor for that same reason. The main could have been great but was average at best and Pillman looked like a weak sidekick. The Shark getting a title shot was questionable. Sting just made shit worse. I'll land with a thumbs in the middle kind of stance here as it was so close to being so much better but a promising sign nonetheless on this continued march forward.