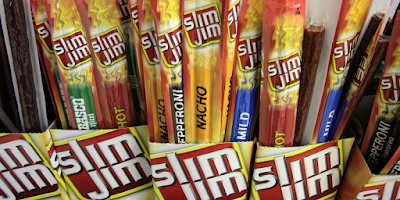 This one starts with The Giant and Taskmaster coming out of an ambulance and then a promo building off of the Fall Brawl ending. It was okay for what it was.

The Opener was a bit weird. So, it was supposed to see the Blue Bloods against American Males but Harlem Heat, fresh off of winning the belts the night before, took them out and joined the match instead, putting their belts on the line in the process. The match was decent but the finish was wonky, with Sherri and the Colonel resuming their weird romance and then moments later the champs falling thanks to a flash pin. I think they were trying to show that anything can happen on Nitro which works I suppose but it felt a bit off.

Flair came out next for a solid promo setting up the main event and continuing the arc with Arn which felt like it moved things along nicely.

I have big questions about the midcard match, though. Mr. Wonderful was in a cringeworthy package on Fall Brawl. Sincerely dumpster fire stuff. Badd had won the night before in a great match with Pillman, who happened to be the dude main eventing this episode against Flair. They chose to have Orndorff go over here. Wow is all I have to say here.

We were then shown a fucking Baywatch crossover that had Savage working out on the beach with some of the cast, Taskmaster attacking, and then Flair running the douche off.

Moving along, Savage came out to cut a promo on both Sullivan as well as Luger due to the drama before and during the WarGames match. Luger eventually joined, they both rambled, and then we were told that the two would be going one on one next week.

I swear this episode feels like someone was super high when they wrote it.

They showed us clips from the monster truck running over Hogan's hog as well as the attack after the WarGames match to remind us that The Giant and Hogan is a thing before moving ahead to the main event.

Pillman and Flair. Honestly, that's a cool match up for Nitro. The match was easily the best of the night and a pretty good contest overall. It was a match that made both men look good regardless of the outcome and worked well to continue the angle. After the match, Flair called out Arn before running quickly to the back at a speed that suggested he realized he was about to shit himself.

Weirdly enough, Heenan told us something was happening backstage, Eric agreed, but then we were just shown graphics for upcoming matches. What the hell?

So, yeah this was mixed bag stuff. We had a title change and a strong main event but almost everything else was questionable at best or laughable at worst. It went fast but 1995 Nitro is certainly a trip so far.

The review for episode four will be up next Monday. Thanks for reading.