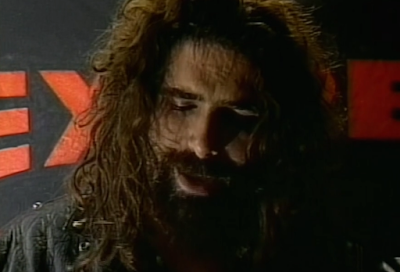 This one started with Austin coming out, wearing an ECW shirt, and being advertised as a WCW superstar. He gave compliments and criticisms of both opponents before leaving. The match was clipped a bit, but was better than expected. It's not saying much, of course, and I was mainly watching so I wouldn't miss big matches during this run through of the product. The New York crowd was pretty damn good. The moveset of display was of course limited and there was a shit finish. Average match overall but, again, better than expected.

Jack cut a promo after that I watched. I feel like I've said it a lot of late, but the dude was solid gold on the mic and if nothing else you HAVE to watch that.