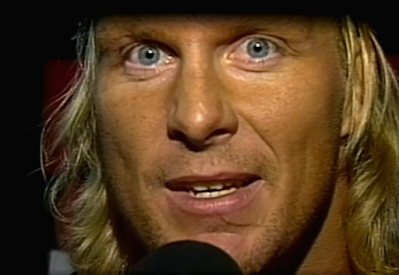 The 129th episode of Hardcore TV started with Steve Austin explaining why he joined ECW. He called out Dusty for never wanting to put him over and Eric for firing him over the phone while injured. There's a good chance you've seen this before. It's an epic promo where he vented his frustrations and is one of the earliest big money shoots. ECW is really where Steve found his true self and shaped a character of passion that would soon become Stone Cold. He'd keep the fire, add Sandman's beer, and take Whipwreck's finisher.

This is a piece of wrestling history. Watch it if you never have before. Watch it again even if you did.