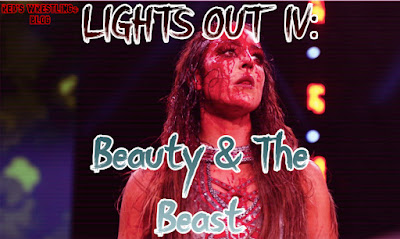 I watched a few matches and some segments from the latest edition. Lets dig in.

The first match saw Penta and Cody working a feud starter. I am hoping this starts Penta on the path of a fun run because the dude is so much more than just a face, which is what he's largely been so far in AEW. This rivalry has the makings of a beautifully violent payoff match down the line, too. Sadly Lucha Underground has been dead for a while, many don't watch AAA, and I am pretty sure more folks watch AEW Dark than they do IMPACT so they really need to highlight Penta here in my opinion and I repeat that this is a good rivalry to do exactly that. Hell, his new translator thing is a smart add on. Their first match was good but still wasn't much, largely serving as a building block for a better one down the line but that's fine for now. I really wish companies would utilize Penta's arm breaker in the same way that LU did instead of nerfing it, though. Still, fingers crossed that they land this right. For the most part, they've done well booking most angles that I have cared about so I'll be hopeful for now.

The Bucks cut a promo on their upcoming match with Fenix and PAC before Callis interrupted, asking them where the YB of Japan are. Good shit.

Next I watched The Pinnacle segment. I announced last week that was their name for those keeping track. I thought we'd potentially be getting a new Four Horsemen either in AEW, NWA, or both. With five dudes, that isn't happening. At least not in AEW. That's fine, I suppose. The only actual issue I have with the new unit is that it forces Inner Circle to be the faces of the feud. It's not even a big issue truly. Past that, their big formation last week was great and this was pretty well done, too. This could be a big deal faction. We'll see what the ceiling is but I think it's rather high.

Christian calls himself The Workhorse and makes it clear that he's in AEW to outwork everyone.

The Good Brothers, having just lost the IMPACT Tag Team Championships at Sacrifice, took on Eddie and Jon next in a brawl that largely underwhelmed but still served a purpose. Post, Omega and the Good Brothers beat down Mox and Eddie until Matt and Nick ran down to tell them to stop and think of the children. I really want a full heel Bucks duo but also dislike the fact that they keep wavering on if their faces, tweeners, or semi-heel.

Darby and Sting chat with Tony next. The big takeaway is Allin saying he wants to defend weekly as a tribute. Archer says Darby is going to be put in a coffin. Then Taz and Cage come out. Brian tells Sting he...respects him. It pisses off his stablemates. A lot going on here. All of it okay but my big thing is I actually think the TNT Championship needs to be defended weekly always, just as a general rule.

Admittedly I expected Nick to take on PAC this week. Instead, Fenix is in a singles match again, against Angelico who is without Evans for some reason. The TH2 mate showcased his technical side here which was nice. The match was admittedly far too short to full break out into the balls to the wall energy that I expected and had hoped for, but everything was so smooth in this seven minute package nonetheless and it was still a good match for what it was.

-1 accepts the open challenge from Darby, gets told maybe in a decade, and then Silver steps up. That should rock.

They announce Kenny and Sydal for next week, building off of that weird stuff from Elevation. It could be a very good match that puts EB/MS back on the map.

Our main event remained. The buzz around this one was deafening on par with a Deathspell Omega album, and I have to say it overdelivered on my expectations. Fact is that Baker has improved so much, as I've stated many times on this blog, and Thunder was the perfect opponent to showcase it. She's had so many big moments in AEW and I'm increasingly finding myself enjoying her work. Thunder, of course, is someone I already was a big fan of. While the rest of the episode was serviceable yet largely skippable, this match elevated everything. It was PPV worthy. The blood & guts style on full display, the two talented workers killed it in a manner that ensures that everyone backstage, regardless of identified gender, knows that they need to step their shit up next week because it'll be compared to this killer endcap. As long as you aren't some make believe white knight with small dick incel energy, just know that this is can't miss work and simply one of the best matches you'll see all year.