Evolution of a Franchise 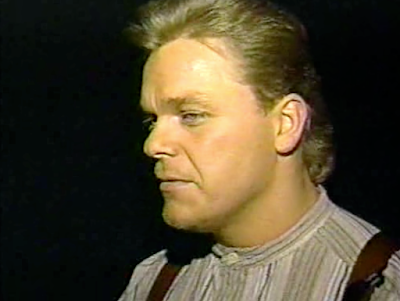 Hardcore TV episode 96, first airing late February of 1995, was a testament to how revolutionary ECW truly was. As I continue watching through old episodes, I noticed that this one had no content mentioned on Cagematch but a review below had mentioned that it featured a killer promo from Shane Douglas.
I'm happy to say that the reviewer in question arguably understated how fucking awesome the promo was. I have been arguably trained by WWE over the years to say I don't care much about promos, but there are exceptions galore and this is not just an exception. No, this is one of the all time greats. This is top five shit.
ECW Hardcore TV #96 featured a 28 minute promo package with Shane speaking in retrospect on the transition to Extreme for ECW, his major feuds afterwards, and his future. He called out everyone from Hogan to Flair to Tully and Jannetty. He called out NWA, the WWF, and WCW. As amazing as the moment Shane tossed down the NWA belt is, which was highlighted in part here, this is even more amazing simply because of the raw emotion on display.
While watching these episodes, and even before, I'll be the first to admit that I never saw Shane as being a huge deal. He was attached to one of the most important moments in wrestling history, sure, but I considered him an average worker at best. This sold me. His workrate might not be top caliber but this was so well fucking done that it proved to me that he was a far better overall worker than I had ever given credit.
I strongly encourage anyone reading this little corner of the IWC blogverse to watch this, especially if they have never seen it before.
I also wanna quickly mention that the same episode had highlights at the end showcasing a death match between Cactus Jack and Sandman where they announced Sandman had suffered a concussion. The highlights were disgusting. It was on the level of Rock vs Mankind a few years later. Even then without knowing how bad brain damage can be, you have to know this was over the top. I'm glad this shit is dead now.
Throwback Reviews Wrestling