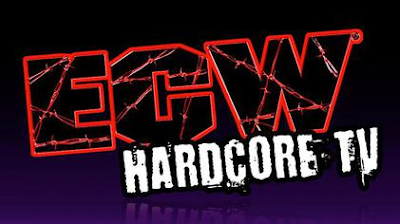 Cagematch has a different match listing for this one and 109 than what I am seeing.

Anyway, this starts with a look at Bill Alfonso screwing Dreamer, Douglas being a dick, and Cactus telling Shane to fucking leave.

Gordon then cuts a promo on Fan Cam on Alfonso.

Eddie and Malenko kick us off in-ring this go around. While clipped down, it was another great match from these two. Eddie busted his head open down the stretch, adding a touch of color to the technical battle, and it added nicely to the overall drama. It ended with a 30 minute draw. Iconic stuff.

Note that Taz called the match with Joey which was pretty badass. They made a big deal of it post and even aired a pretty nice package.

Joey talked about Dreamer and Raven's rivalry next before we cut to Raven chatting about Luna's arrival and alliance with his rival. Decent stuff.

The main event was another Sandman/Cactus match. The winner got to fight Douglas later. They finally broke the trend of dumpster fires here. Admittedly, I expected a shit sandwich. They played to Sandman's strengths, Foley still carrying him, and they generally just worked a good format with nice pacing. Shane helped Sandman once again and then we had a shit finish with Foley getting whacked in the balls by a cane and then a three count immediately after. Still, it was good and exceeded expectations.

This felt like it was half the time and went down quick and easy. Pure entertainment and one of the best editions thus far.