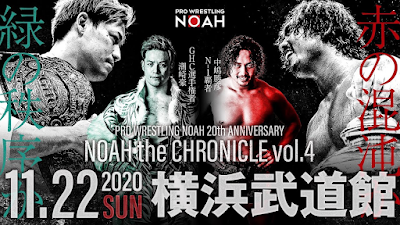 The first match saw Jun Akiyama and promotion ace, Takeshita, go one on one. Jun Akiyama doesn't get enough credit from wrestling enthusiasts in my opinion. He's still very consistent all these years later and has a long catalog of bangers. He's been one of my favorites to watch for years but is always forgotten by a majority of fans or plays a bridesmaid role. Due to the workers involved, the match itself played out like a hybrid bastardization of AJPW and DDT and I was all in for it. This could easily have main evented anywhere and was a fantastic match. Takeshita is amazing as always and Jun can of course still go. Watch this one!

Next, Endo defending the top prize of DDT against ally and DAMNATION leader, Daisuke. It was pretty good but admittedly far below expectations and the flow was off for decent chunks. They played civil war games, had a few awesome spots, and finished with an, "I'm sorry, I love you" moment. It felt a bit like the Naito/EVIL matches we got in 2020 which is part of the problem. Like those, this was good but disappointing because it could have been so much better. Watch and decide for yourself if you have a chance.

Over to TJP for Yuka and Mizuki for the Princess of Princess Championship. This was some Sugar Rabbit fun for sure and easily one of the best joshi matches I saw from 2020. Remember when fans were annoyed at CIMA/Omega for the amount of Meteoras? They'd likely hate the amount of double stomps here. Fuck those people though. No one needs that kind of negativity in their lives. This was a beautiful battle and featured fantastic storytelling and the work was pretty damn good, too. My only real nitpick is the lack of selling at times from Mizuki but in all it's not the end of the world. Watch this one!

We close with two from NOAH, starting with Kenou and Kaito. When I used to publish a weekly series on YouTube that featured matches with me dubbing over I had Kenou/Kaito as a main story driver. Their story has been building nicely for years and this latest chapter was a hell of a show for sure. Kenou remains a top dick and Kaito a spirited underdog. They made 20 minutes feel like a high octane sprint and worked hard to make this truly fantastic.

Go and Nakajima cap this. I loved AXIZ but was okay with the split because it meant we were getting this match. Go's run as champ has been amazing and it's likely you'll see him getting some awards here in RW+B once I finish my catch up. Can we get Go some robotic arms at this point, though? Every booming kick and echoing chop was sold with intense hatred, promoting their rivalry perfectly. The brutal forearms from Naka in the down stretch, for example, truly pushed this. In all, a MOTYC and a must-see war. What a fucking match!