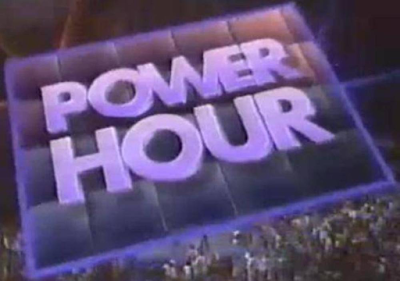 Hello, ladies, gents, and non-binaries.
Welcome to my insane corner of the internet! With AEW set to debut their third hour of televised content sometime soon, and inspired a bit by a recent conversation, I decided to do this little write up that I'm sure everyone will completely agree with and have no argument against.
Lets first look at what they already have.
On Monday, BTE episodes are added to YouTube. It's the long running vlog series that has tie ins to AEW and has The Elite and crew goofing off in skits and shit. It's fun.
Tuesdays they air Dark on YouTube which is just a random show with no set runtime that sees established stars get reps against up and comers, testing them a bit, as well as reps for younger dudes and stuff like that. They also test some stories on here occasionally.
On Wednesday, they obviously air Dynamite on TNT. The show is their flagship two hour series where the main shit happens.
Got it? Good.
So, they trademarked the name Elevate around the time that Khan mentioned breaking up Dark a bit. With the amount of unsigned talent that they have I could see Dark becoming more regular in length and more focused and Elevate working as their NXT (at least the concept of NXT). Do good enough on Elevate? You get a match on Dark against Mox or something.
Their third hour should be named Lightning in my opinion. It's a good name for a one hour show and is a reference to WCW which they seem to love doing. They have so many workers that it'd be easy to run this show but I sincerely hope they stay away from the way companies have fucked this idea up in the past. Keep the show important and treat it like a must see and not a b-show. Do that and you're fine. If not it'll hurt the brand overall.
My last ideas are just concepts I hope they run with. They wont happen, though.
Up first, AEW JOSHI HOUR. The women's tournament is obviously what sparked the idea but I think it'd be an awesome choice especially with the pandemic. Heck, post pandemic it is a good way to keep using the talent without the need to fly them in at all times. Kind of like a Dark for joshi talents in a way. I'd suggest AEW Japan, with DDT umbrella talents and freelancers but the deal with NJPW would make that iffy.
Lastly, a studio show called AEW Power Hour (another WCW reference). This would be an hour long studio show on YouTube. It'd cover everything that happened that week that matters, including major match results, storyline moments, and I'd love to see them air clips from NWA, IMPACT, STRONG, etc that tie in with AEW, too. Heck, major title changes from those companies in general, maybe? Also, those Road to videos and such could air here. It'd be nice to have one exclusive match on the show even.
Yea, it's a lot of content. Added together, we're looking at around seven hours of weekly content not including special events. Still, IF AEW is going to add more content this isn't the worst idea in the world and no one is forcing folks to watch 'em all. I'd watch Power Hour and Joshi for sure if done in that way for the record. I obviously don't work for AEW but I'd LOVE to work production on Power Hour, even. Note I still fear they've signed too many people and are adding too much content but they seem to be set on it so might as well lean into it. I hope it doesn't bite themselves in the ass.
Anyway, let me know how terrible/great the ideas are if you feel motivated to do so and thanks for reading.
Wrestling