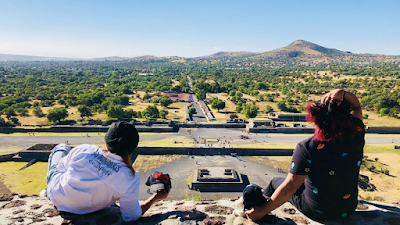 Thoughts:
Time to take a quick look at what was going on in New Japan down the stretch, starting with Power Struggle content.
Up first, SHINGO and Suzuki for the NEVER strap. Note that I am very hopeful that in 2021 NJPW takes note and puts the rocket boots on SHINGO. Not a single person would have complained if he had been given the push instead of EVIL as long as they kept the interference shit down. One of the world's only true dragons ever took the championship and did so with a finishing sequence that looked utter devastating. Fantastic stuff.
Second, Kota against White. There was a slight misstep during a moonsault spot and I didn't love the finish, but this was still a great match. Hell, even the interference wasn't overdone. White is one of the best heels in the game right now. Hopefully enough folks are taking note of that. By the time that I post this, the Rumble will likely have already happened as I am writing this Saturday night and unsure if I can finish before then, but I really don't think he'll jump. It's possible, but I am expecting something big next month in NJPW instead.
Last from the gig, Naito and EVIL went to battle one more time. Their feud was one of the most polarizing parts of the year for wrestling fans, with many ready to claim the company had jumped the shark. I agree the quality of matches we got from their rivalry was far lower than what I expect from the roster. I also agree that EVIL holding both belts didn't feel right. Still, it was a reminder of how quick fans are to move along at times and while I try not to stan on companies these days, I still must admit that I consider New Japan the kings of the art if for no other reason than the fact that they are home to the best all around roster in the world. Unlike the last match, the interference stuff was a bit overdone here and felt completely unnecessary. A certain someone over there has clearly been watching a lot of Attitude Era stuff during the pandemic. Naito made this watchable and EVIL was good, but damn this was more mess than not. Good, but so far from what it could have been.
Post, Jay cut a decent promo.
Last up, two BOSJ matches.
Hiromu and Ishimori are at it again. Simply put, it was fantastic. The finish felt a bit off and felt like it came too sudden, but it's a minor complaint. These dudes are the definition of the junior style right now and almost everyone else is playing catchup.
Closing this up, Eagles and Hiromu put in. I forget sometimes that Eagles left BC. My memory is trash. This worked well to close the set and was superb, blending inhuman levels of athleticism with creativity just like I expected. Props to both for the top shelf display.
Red's Reviews Wrestling