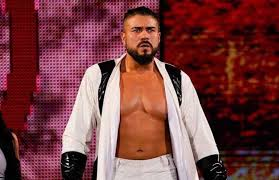 The opener was average at best. The Roman angle stuff was well done and I actually didn't hate the Rollins/Rey family drama they showed this time.

They announced Banks and Bayley for tonight. It's an angle my daughter is attached to so I might watch Smackdown. If not, we'll stick to Main Event. I am leaning towards the latter, presuming they'll show us the match next week at what happened.

The main event of the evening had a lot of potential. Sadly, it feel short and was super phoned in. Oh, and why the fuck is Tozawa pretending to be a ninja? The last minute or so was decent.

This week's episode close with a look at Randy and Drew's drama, a six-man match from Raw, and the aftermath. Nothing major but nothing bad. The match looked fun. I also wanna note that I agree heavily with Arn's take on the usage of the HITC and find that one of WWE's biggest mistakes is the way they book special events, especially the stipulation based ones.

My daughter largely enjoyed the whole thing. I found it to be a quick watch that was okay, but nothing special like most episodes. Still, I prefer this to watching full episodes so expect more until I am ready to launch that SNSM show I teased recently.