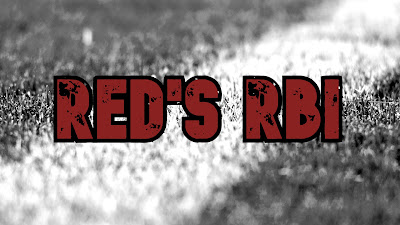 Welcome to the debut installment of Red's RBI. A reminder that this series is intended to be a regular summary of content that I've enjoyed throughout the week. That largely means the content will focus on the teams I support, which was detailed in RBI #0. I hope you enjoy and would love feedback!

The NBA Finals, featuring the Lakers and the Heat, saw LA go into Sunday with a 3-2 lead in the series. I checked in, watching highlights throughout. As I Nets fan that dislikes both of these teams I sincerely didn't give a fuck who won, but I'd like to give a congrats to them both nonetheless for making the finals. Just know that next year the Nets are going to be a team to watch!

Over in Europe, Sassari hoped to start their LBA season undefeated against Trieste and earn their 4th point in LBA competition, but their opposition shocked Sardinia's finest 74-72. It was a close game down the stretch, and a missed three shot from Dinamo and a failed attempt to pop it in to try to tie the game in the final seconds sealed the L. Don't write off Sassari yet though, as it's early in the season and the team has a true shot to be a threat to anyone.

The Yankees swept a certain Cleveland team, that refuses to change their name, to set up a division series against the Rays. That series was a thrill ride of action, going the distance, but sadly the Bronx Bombers just couldn't overcome Tampa in game five, ending the year for the Pinstripe Boys in a 2-1 L. The Rays decided to celebrate in a rather tacky manner, making it even harder to give them props on a fun series, but props nonetheless to the baseball club on the victory.

The main story here will be the moves made by New York following their ALDS fallout. I'm thinking the team moves Higashioka to starting C and Tanaka, DJ, and Gardner sign new deals. With luck, they'll also go big and aim to sign Bauer.

One thing is certain right now, though...If New York wants to take the American back from Tampa, they're going to have to open up the checkbook in the offseason!

Over on the Mets flip of the coin, expect Steve Cohen to get approved by the league to take ownership of the team.

The Jets had their game last Thursday, in a game that was a battle to see which team sucked more. My Jets indeed sucked worse. This Sunday they'll try to avoid 0-5 against Arizona. They're 0-4 against the spread so far. It's going to be a long season. Nothing else to add in the NFL section of things from my side.

On the college side, two of my four colleges that I support played on Saturday.

Texas A&M went in ranked 21 after falling to Alabama in an embarrassing display, and had their sights now set on #4 Florida. The Gators got the ball moving early, scoring on their opening drive with Pitts catching a TD despite double coverage. Equally as important; they ate up half of the first on the drive. Not to be outdone, A&M responded with a huge drive that featured a huge downfield connection to push them forward.

With that, the flood gates were open and, at times, this felt like watching someone play the old NCAA videogames. A late hit out of bounds after Florida's next TD was a poor moment that showed a lack of discipline and should be called out. Regardless, the two gunned it out and went to the half 21-17 with Florida in advantage. That wasn't the end of the action, though. The heat seeking missile style game continued into the second with the lead flipping back and forth as the score continued to climb.

The late in the 4th touchdown catch from Chapman was a thing of beauty and tied the game. On the next drive, Florida fumbled and set up Texas A&M to run ahead on the scoreboard with a final second field goal.

It was a thrill ride in Aggieland and one of the best football games I've seen in a while. It was also Jumbo's first top five win as HC of the team and felt like the biggest win they've had since beating Bama back in the days of #2.

Syracuse's game this week felt a tad like the Jets game I mentioned above. Sure, 'Cuse at least have a win (1-2), but Duke was 0-4 and kept pushing the Orange in a competitive game. Neither team was great here, both showing weaknesses throughout, and Duke ended up doing enough damage to pull out their first win of the season. My expectations were never high for the Ernie Davis boys this season, but this felt like a thud.

The first game of this period I watched featured the Red Bulls II team in their last game of the season, having just missed out on the playoffs. There were a few close calls and props to Hartford for those two sweet goals in the second, but most of the game was honestly rather forgettable. I love a chess match game, but this was more an average affair than anything sincerely calculating. USL games can be that way at times but are still solid fun and it's nice seeing what the future of the New York Red Bulls might look like when I get a chance. Maybe next season will be more fruitful for the group.

Next up, the New York Red Bulls main unit in MLS action against Inter Miami. Just like the Yankees, NYRB failed to put away a Florida group in a 2-1 L for the FC. A go-ahead goal in the 81st in Struber's debut as HC, set up by a terrible penalty that Pendant should feel very ashamed of, and New York's inability to respond sent the group home without the win. The team had their moments but will need to step up because a 6-2-8 spot on the table doesn't look very promising with the season heading closer and closer to an end.

They had one more game this week, this one against Atlanta United. I have to say, I feel there is an issue of selfishness that I see often on display with this group and if Atlanta had been just a tad more on target tonight, this game would have been much different. Alas, New York luckily pulled ahead either way, thanks to a goal from 17 year old, Caden Clark.

In international news, Italia dominated a friendly game against Moldova during the week 6-0. Hopefully this transitions into a confident team heading into tomorrow as they take on Poland in Nations League action at 2:45PM EST.

Lastly, Sky Blue FC got a CBS All Access spotlight as they faced Chicago on Saturday. Their first goal of the game, halfway through the first, was truly a great display of both skill and teamwork. Copy and paste that for their second goal, minutes later. Now, do that once again for their third; a header that put them up 3-0 heading into the half. I said above that the Aggie game felt like watching a video game and I have to say that the first half of this felt that way, too.  The second was far more relaxed, but sprinkles of high intelligence defense was on display at times. I applaud Sky Blue for their play here and only wish they were always this elite.

The NASCAR Playoffs moved to Talladega this week, which you can watch here, and the entire thing was a huge spectacle and sincerely one of the best races I've seen in a while. High drama was on display throughout and a photo finish solidified the excitement. It took three overtimes, and the longest race at Talladega ever, but Denny Hamlin walked out victorious and the entire playoff picture is solidifying as we move to Charlotte in the last race in the round of 12. And no, Dale Jr, there was nothing wrong with the rules being enforced.

Speaking of Charlotte, I also watched an Xfinity race this week. More accurately, I watched the second half of the race because I was flipping through channels and myself, and my son, were instantly hooked by this one due to the spectacle of it all. It was chaotic and unpredictable thanks to the pouring rain which caused the need for endless restarts, but we couldn't turn away from the circus. Go watch the extended highlights of this one should you get a chance!

Benetton looked to even up their standings to 1-1 in Pro 14 action this weekend, but just couldn't do enough to hold back Leinster in a 37-25 game in round 2 of play. The defending champions showed a lot of spirit and truly earned this win. I only hope these lions can find their courage again and push forward, or else it's gonna be a long season.