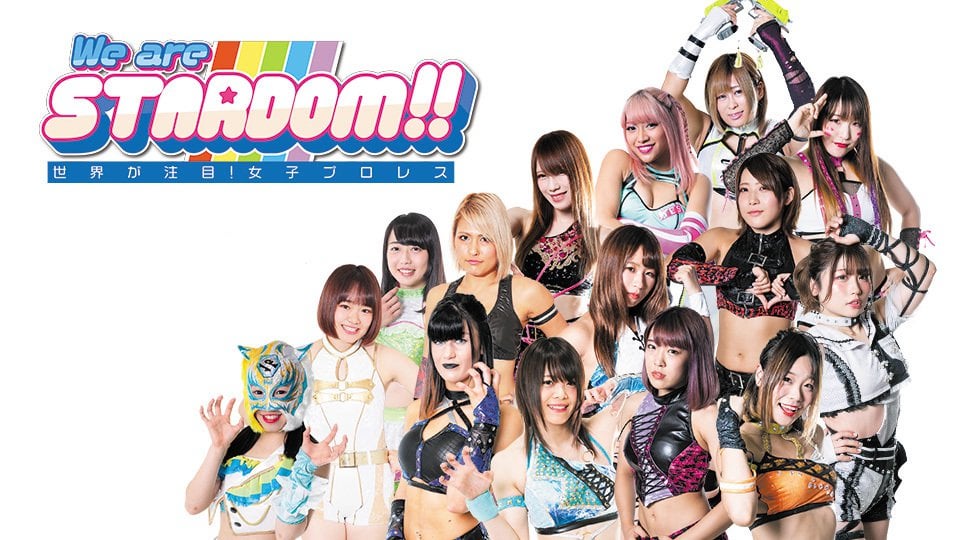 The Jets sent out a lot of red flags yesterday afternoon, failing to play the full dollar or even close to it, so some STARDOM with my daughter should make for a fun way to make up for things.

This is from the Stardom Is Again! return show back near the end of June. The episode started with a shot of a Hana tribute taking place and then showcased a few quick clips of low card match finishes before moving onto the meat of the installment.

Up first, in-fighting between QQ duos. This was clipped down to around six minutes and focused on Momo and Utami's stretch of the match and the finish, with the other players working  as quick assistance spots. Luckily, those two are the stars of the match. Nearing the time limit, we saw both in a frantic pace trying to put each other away but inevitably a draw ensured no one would be having their arm raised in victory in post. While I have no doubt the entire 20 minute match was great, and while I did enjoy what I got to see here, I cannot put this into that same rating realm. I would've much preferred they had aired the entire thing, or more of it, to fill out a single episode and allow themselves the ability to have more content for the series but obviously that isn't in the cards. For what we did get, I still consider it fairly good and a strong start to the in-ring portion of the episode.

Closing this out, Guilia and her ragtime crew versus STARS in atomico action! Starlight Kid was the target of an extended attack session from the heel side before Mayu tagged in and got to showoff a bit and then we had some good back and forth trading evening things out a bit. For the main event of the company return, I'd say it was more than serviceable and the overall execution more than sufficed. If you only have time to pick around, this is at least worth your consideration and a pretty good match in general and high energy fun.

I have a YouTube playlist put together of select episodes of the show that I will be watching with my kiddo, separate from the ongoing catch up collections I have been posting of late. Expect more reviews to be up soon. For now, note that #28 was an enjoyable experience!