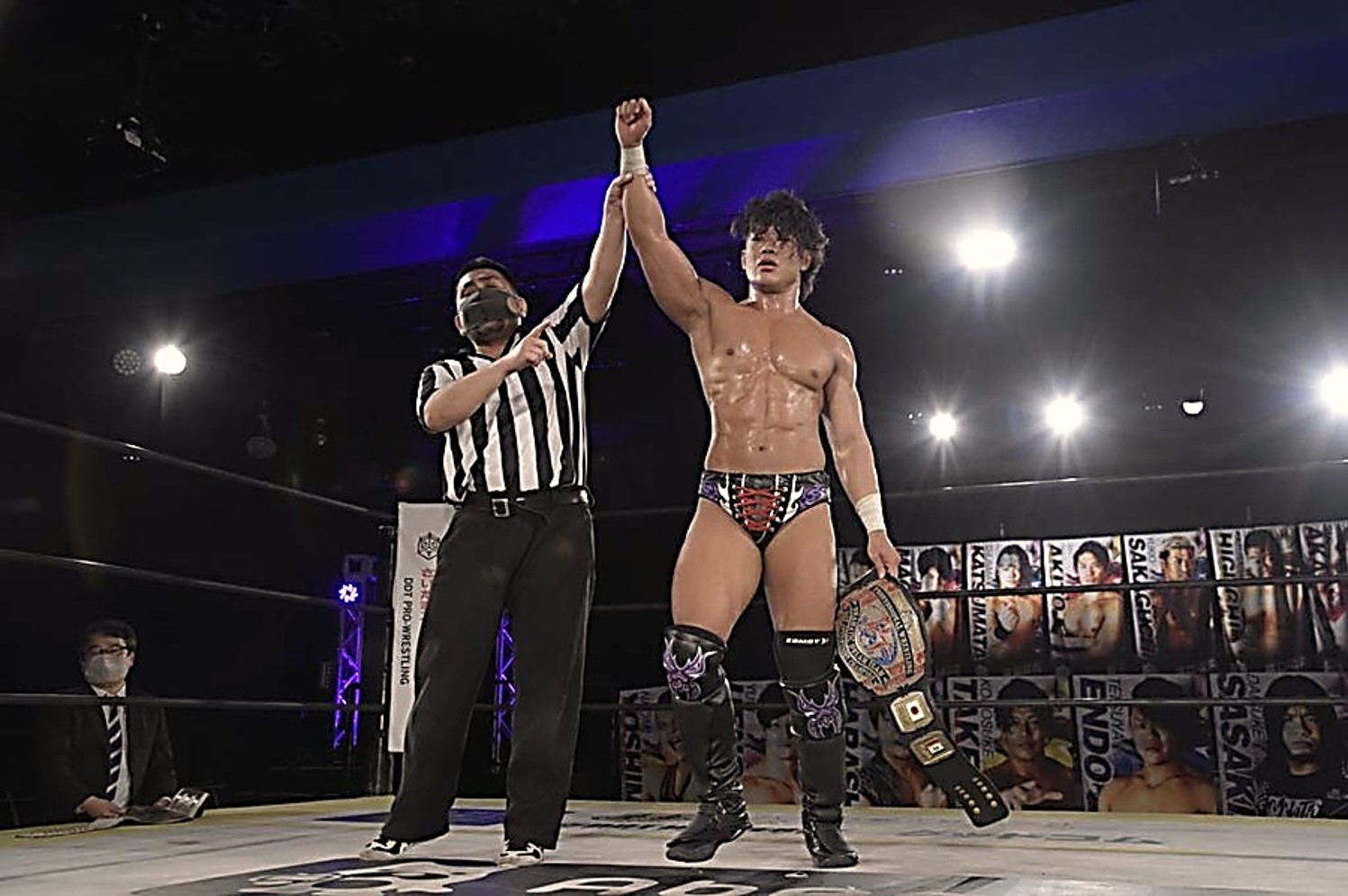 My June pull list was so large I decided to break it up into parts. I have some episodes of We are STARDOM to watch with my kiddo that are from this month, as well.

The first pull is from when Cody was pulling a Cena. I've heard great things about Cody's TNT Championship run and I appreciate what I've seen of Jungle Boy since I first started seeing him in California. Cody's aggression, Jungle doubling down on his underdog role, both worked nicely together to tell a good story. The MJF rest spot served a decent purpose and allowed Cody time to get color going. High drama and a match that simply exceeded expectations. Great stuff.

Over to Japan for this year's Peter Pan set of shows, starting with matches from night one.

The first saw the invading Kongo, one of my favorite factions in wrestling, against a DDT-gun union in a fun six-man ride. The story here was great too, building off of the NOAH/DDT union, and the president of the companies teaming alongside the DDT reps against Kenou who has been vocal about his reservations. There was outside brawling, big boy slams, hard strikes, and decent amounts of drama. Kenou showed up to defend NOAH and walked out victorious while acting like a glorious dick the entire time. Great match.

The second was a hardcore three-way. It felt a tad off at times, especially in the opening stretch, but was still pretty good. Joker Shunma was a fun, Daisuke was his normal awesome self, and Isami remains an underrated hardcore dude.

Night two also had some solid pulls, starting with TJP showcase action. It was a pretty decent outing, but pretty basic. They're capable of far more and I encourage you to check them out but I get why people might be underwhelmed with this encounter.

Next, an old guard vs youth tag match. My biggest takeaway is that it felt like it was meant to be a main event for a lesser DDT show instead of a throwaway on their biggest. It was a tad too long, but perhaps felt rightfully major as a result of layout. Hell, I'm not even complaining as much as saying it felt a bit out of place. Either way, this was well worth checking out. Hell, it's a Marufuji match with commentary from Akiyama on a DDT event so that alone makes it worth considering. Fantastic tag and ASUKA's defiance post was awesome.

Oh, and on the off chance that Andy Dalton searched Marufuji and found this (or that he is simply just reading since I know he used to visit)...I'd like to remind you to go fuck yourself, scumbag!

Next, KO-D Tag belts are on the line! CIMA's boys continue to be amazing.

The last take out featured Tanaka and Endo going to battle over the KO-D Championship. I kind of like the trend that we saw early in the year that saw a lot of old guard vets take top prizes in companies and Tanaka remains so talented even today that it didn't feel anything like when, say, WWE put their strap on Goldberg. That said, Endo really is being turned into a proper star in DDT and I am glad he reclaimed his spot on top of DDT here. They worked hard to put in for a match deserving of the situation and it's one of the best empty arena matches you'll see. I am eager to see what is next and highly recommend this one. Borderline MOTYC.

This feels like a good place to take a break for a moment and mention a fantasy booking idea. So, have Kenny turn heel soon in AEW. Have that lead to him dethroning Mox at Revolution. Use that to set up a slow burn where Page beats Kenny next year to finally put Adam over as a true top guy. After that lose, have Kenny go on a redemption tour where he works awesome matches in DDT, AAA, etc and air the content on Dynamite. Really, I just want a decent tour for Omega in DDT and think this could be the best way to make that happen where it helps everyone.

Next up, three way women's action from NXT. I kind of dig the set they have going on here, modernizing the old In Your House setup a bit. All three stepped up big to put on one hell of a show. Nice drama and near falls and tight action. The spots were laid out very well creating a strong flow. Truly fantastic and one of my favorite women's matches of 2020.

Styles and Bryan are two dudes more than capable of killing it anytime they want/are allowed to. Here, they did exactly that in the last match of this set! Truthfully, you'd have a hard time finding a better televised wrestling match and I strongly recommend this one, too. The biggest issue that keeps it from being perhaps rated higher is that it is indeed a television contest and thus there were loads of breakaways and missing spots, disrupting the flow but despite that it was still the best overall contest of the month. The worst thing is that WWE could sincerely be this good always if they wanted to, but prefer phoned in and hokey. Oh well. If you wanna see elite workers working an elite match, find this and hit play!

I'll try to update the recommendation section soon, by the way. Expect part two of the set up as soon as possible, too. I am also working on a new acoustic album for my Xarv'inX project and am still making videos for the Howie Hawkins POTUS campaign.

Thanks for reading, as always.