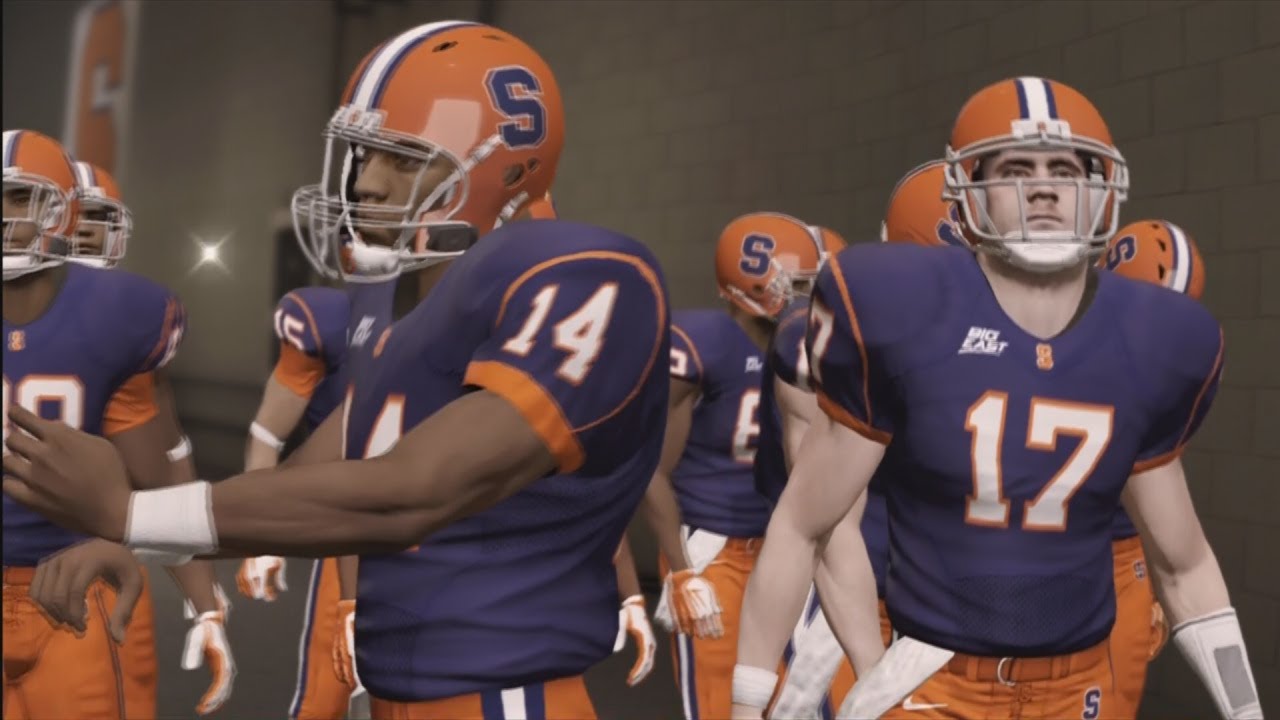 With sports being MIA right now, I decided to boot up my PS3 and play NCAA 2012. It's been a long time since I've played but it seems like a good time to do so. I'm playing Dynasty mode and plan to log my activity here, so let's dig in.

I changed up the conference layouts first to get them as close to accurate as possible, though it did take some minor maneuvering and concessions.

For my first job, I could have gone with my personal favorite school but starting as USC head coach right out of the gates seemed a bit much and I had no interest in being a coordinator and missing out on half of the games. I went ahead and made Syracuse, which happens to be in my top four schools list anyway, my starting location. I am a huge fan of the school and eventually wanna settle down in Syracuse, New York so it was an easy choice.

Before the game, I worked a bit of scouting; making some phone calls to choice recruits.

GAME 1: at Pitt
We start the season with a rain soaked rivalry game that featured a second half comeback from behind and loads of drama as Syracuse picked up win #1! The game was a pain in the ass, but the scoreboard reflected hard work and saw Cuse take down Pitt 38-28.