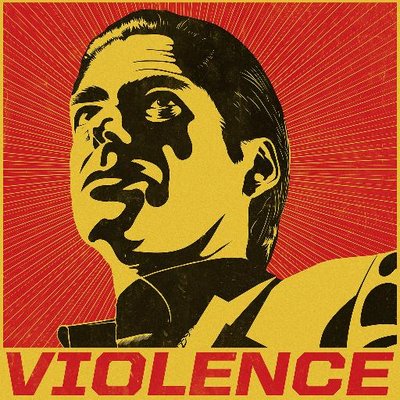 Thoughts:
Taya was possessed by the doll in a glorious moment that I am sadened to say will never get a follow up.

The opening match was very good, though the finish was pretty shit for my taste and I don't think they utilized the stip as well as expected, considering they are from a country well known for 2/3 falls matches. Add a few more minutes and save the Santos drama for post and it would have been better. The good news is, other than the contest was still great as I said before, that they used the moment to introduce Shaul Guerrero. Sure, the Famous B stuff was a bit cheap, but it is still cool stuff.

Up second, The Mack got a big moment by taking down the moster Mil in a great and highly entertaining hardcore brawl. It felt like a major moment for sure and the two used their time wisely and the gimmick to their advantage.

Sadly, match three was good but a bit disappointing. They told a decent story, though even that had some issues, but it was very Looney Tunes and, while fun, it had a ceiling for sure. Post, Aero managed to get Mundo to return the Gauntlet.

The billed main event was a fantastic bloodbath with arguably the right man winning. This is the very type of match I was hoping for and one of my favorite from four seasons of Lucha Underground. After, Vamp and his master had a killer moment with Penta before Strong came out and ruined the end of the series. The post-match here was far too heavy and I think they should have either ended on Penta standing tall as champ or, at most, with the Australian Suicide/Hexagon Dark moment.

Cinematic as always, we got a few nice tastes to help make up a bit for that bad call, though. Black Lotus killed Matanza, ripping out his blackened heart using the Gauntlet before Strong snapped Azteca's ankle and stole it away. Possessed Taya tried to kill Mundo, which was certainly something. The entire limo moment rocked and, even better, Aero revived Dario in the final seconds. Glorious.

I could have said many times here that I am saddened knowing the threads put down here will never be followed up on, but the repetition of such bitching and moaning would have made the review unbearable to read. The fact is, this was a fitting last installment to one of the best things in wrestling history. I might have disliked Strong winning the belt and considered season 4 a bit hit or miss at times, but I am still thankful for the many memories this show provided and I will forever hold a fond place in my heart for Lucha Underground. While I am saddened to have finally taken the dive and finished watching, I do not regret being a fan for one moment.

Thank you to everyone involved, sincerely.