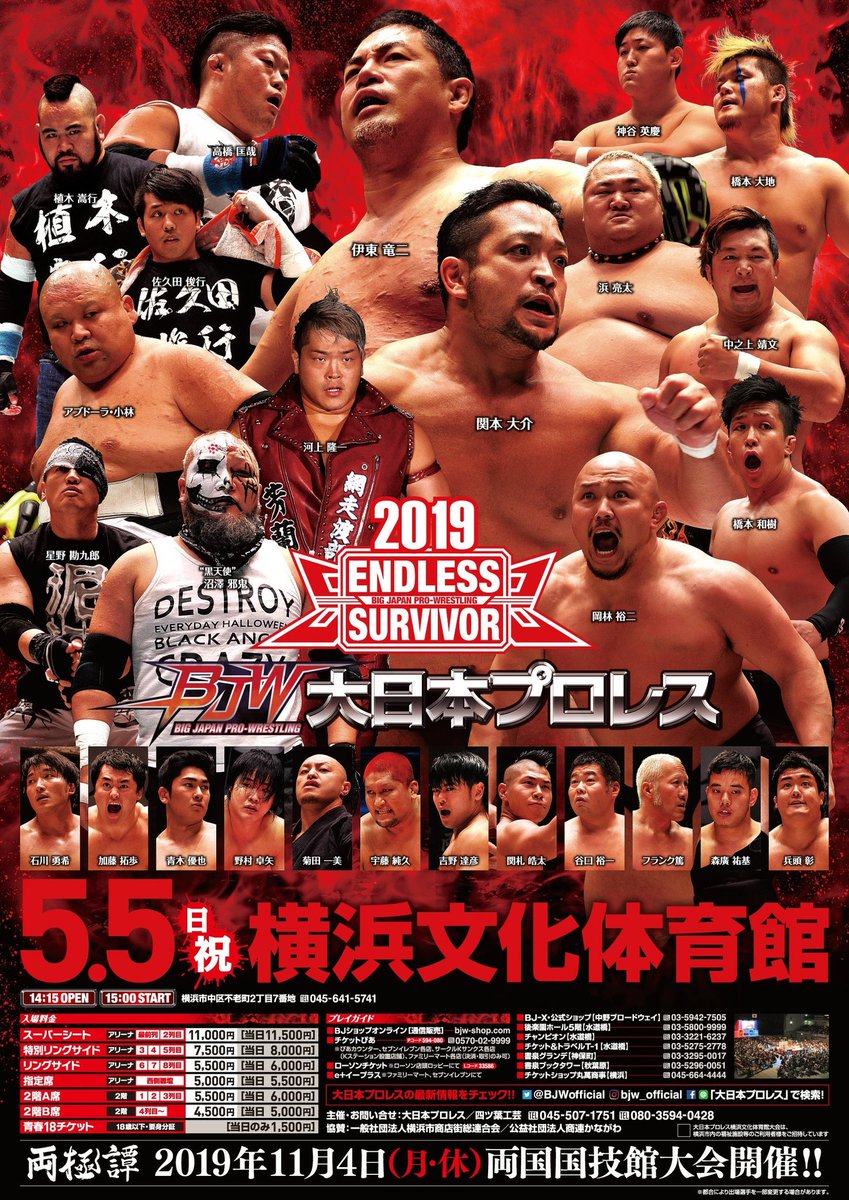 Thoughts:
Big title matches in BJW have been one of my favorite things in wrestling lately, and I have to say that these two will keep that trend going strong.

The Strong Heavyweight Championship clash saw tag partners take each other to the limit. Sekimoto's reign was wildly entertaining, but I am very excited to see Yuji with the belt. Since returning, he's been arguably better than ever. This was a nice display of what the division is all about, and an easy recommendation.

The other big match of the night saw this year's Death Match Survivor winner taking home the Death Match Heavyweight belt in an violent war. While I will forever think the belt truly belongs around Takeda's waist, Isami is more than deserving on this win.

Both were truly great!

Big Japan actually had multiple title changes on this show, and it felt a bit like one of those mini-era changes that promotions do every couple of years. If you have been holding off on watching Big Japan for whatever reason, watch these two and jump on in! You'll thank me later.