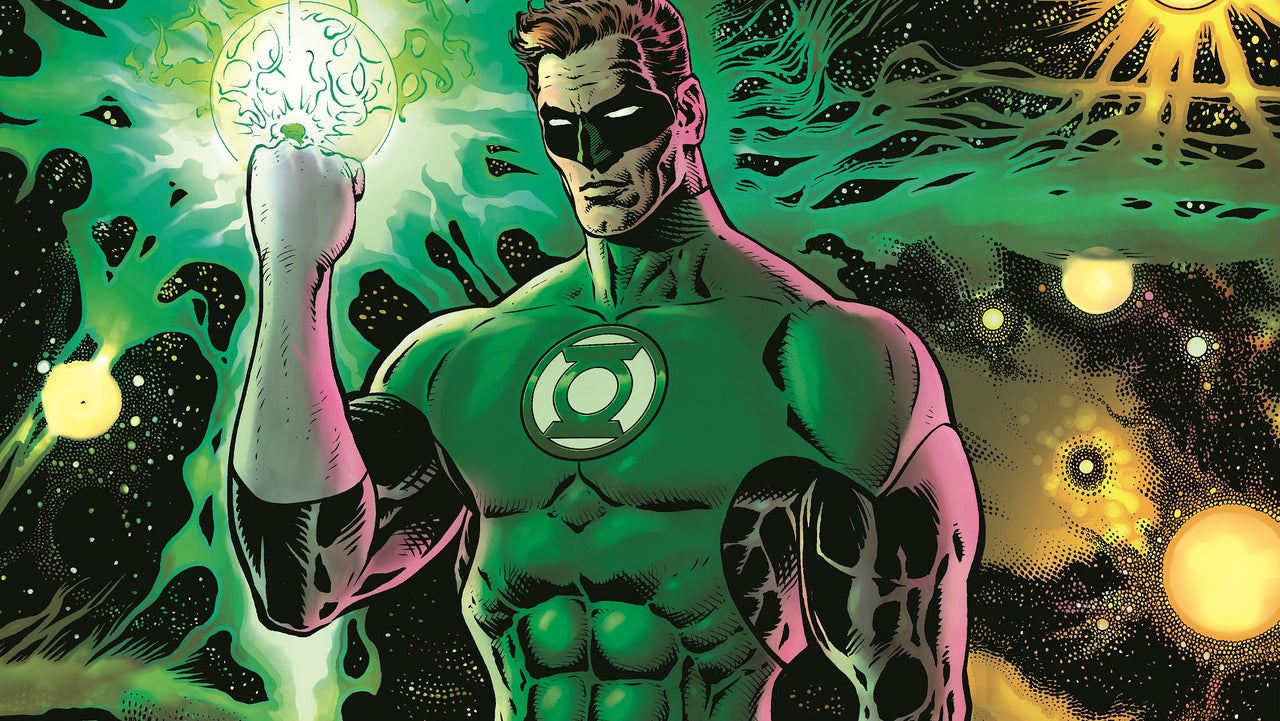 So, I do love comics but I haven't picked up a new issue in a long time truth be told. I mainly stick to the older graphic novels that I have or I get my super hero stories from tv and movies. Let's change that. I already broke the trend here, so let's move forward.

Green Lantern is my favorite series. I'm more of a Kyle fan, but Hal is still high on my list. He is, of course, the most famous Lantern and was the star of the epic Johns run.

So, The Green Lantern is a new run with Grant Morrison at the helm. Hal is back in the driver's seat here, and Grant goes for a strong approach to the character in this issue. Jordan comes off as a symbol of strength here, and the general plot works well. Comedy, action, drama. All three working decently  together, making this seem like a proper episode with a nice cliffhanger finish.

One of the biggest issues with reading comics is that most require a lot of knowledge to really enjoy them, and that crossovers are kind of killing the industry in general. It's why most of the popular stories are standalone. This issue works well enough, though, with just basic Lantern knowledge. In fact, this works fairly well as a proper entry point for an ongoing print for newcomers in my opinion.

I enjoyed reading this one, and look forward to the second issue. Consider picking this one up as it was fairly good and sets the table for an interesting arc going forward.