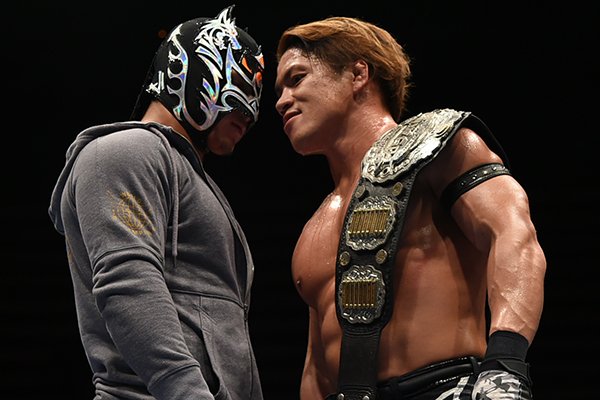 During the New Japan Anniversary Show, Dragon Lee came out to confront the Junior Heavyweight Champion, Taiji "Bone Soldier" Ishimori for the belt. The match will take place at the G1 Supercard in MSG event. From what I'm hearing, expect a certain LIJ member to make his return at the show.

It has since been announced that Bandido will join the contest, making this a dream match three-way.