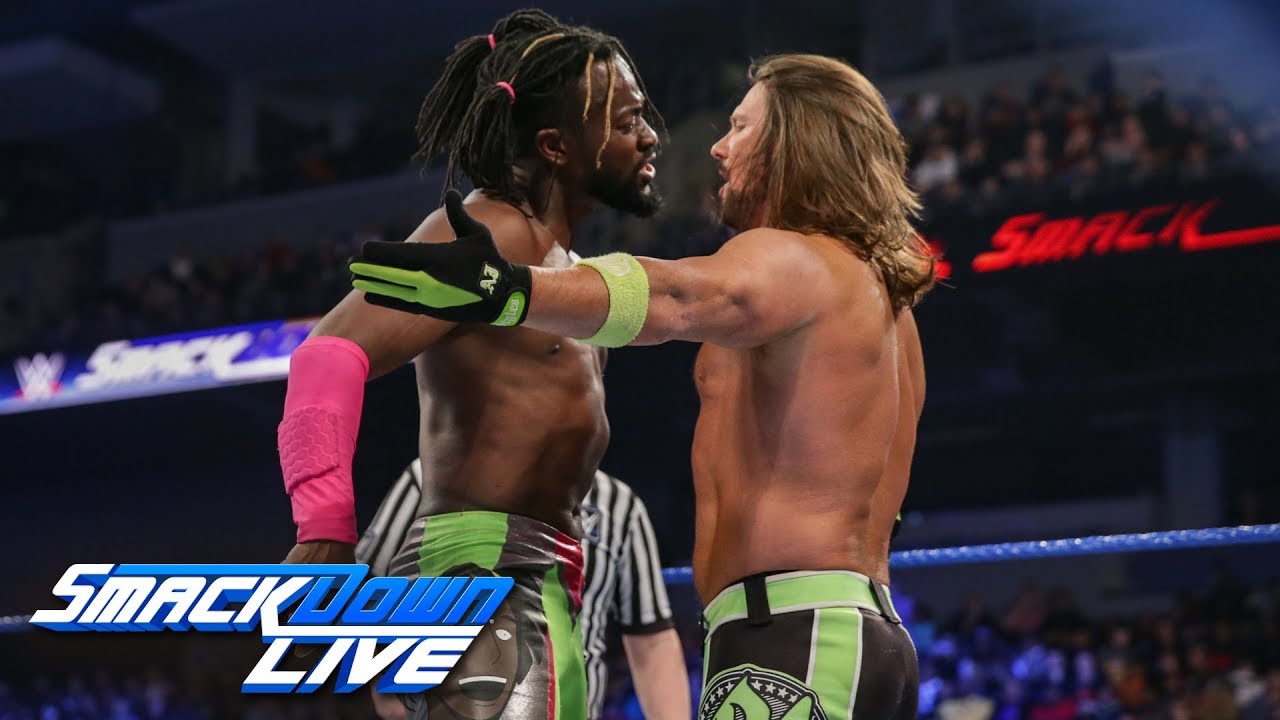 Thoughts:
I might not watch much WWE, but they tend to do a few things well and gauntlets are up there.

Up first we had Kofi taking on the champ in a pretty good contest. Kingston winning clean was a nice surprise. If I were writing for the show, I'd have the New Day take on Bryan, Rowan, and Harper at Fastlane (if Harper is healthy...is he hurt...I'm not even sure). Have New Day implode in a Shield like turn during or after that match and set up a heated match at Mania between the former partners while Bryan moves on to something else. It will never happen.

The next contest was decent, but never really became much of anything. Jeff doing the delete taunts was a surprise. I assumed that they had killed off the broken universe stuff a long time ago.
Koji and Joe had a good match, and I appreciated the finish as it protected Joe and then set up the attack after nicely.

Kofi's streak finally came to an end against AJ Styles. Another good match. Kofi fighting from underneath not only due to the attack but also as a result of how long he had been in the match made this even bigger.

All reports say that Mustafa Ali was meant to have been the one written in to have the long run here. As great as Mustafa is, Kofi filled in that spot perfectly. Funny enough, this is all to build up to a match that I won't likely even see.

What I will say is that this was actually a very fun experience and I give WWE props for giving me a solid hour of main roster tv. I sincerely doubt that I will ever start watching Raw or Smackdown each week again, but I always check out things with enough buzz and I recommend that you give this a view as well.