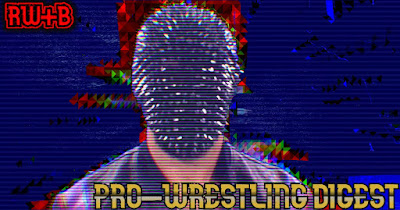 This time around I am looking at this year's Extreme Rules event.

We started with a MOTYC which saw the latest chapter in the excellent Brawling Brutes/Imperium program. The match gimmick name might sound ridiculous, but it's now been the name attached to two epic encounters and I certainly want more.

Really it's just a themed extreme rules brawl kind of thing, but yeah...MORE!

After kicking us off on a very, very big high note, we then had Liv and Ronda's extreme rules contest with the blue brand women's strap on the line. It was okay, I suppose, but clunky as hell. I really wanted to like this.

Kross and Drew's strap match took a stipulation that did neither a favor and tried to make the best of it anyway. It was fine for what it was, good even, but far below recommendation levels and a tad overbooked to boot.

The women's ladder match was pretty good, at least. Overbooked as well, but the two official participants worked hard and it all turned out pretty well. Bianca reclaiming the championship was a bit of a surprise for me, but ultimately it landed well.

The I Quit match was the second best of the card. Like the past two, it was overbooked and was the worst offender at that. It was also a pretty decent, story-heavy battle of wills and I ended up enjoying it far more than expected. Personally, I thought it was fantastic stuff but I can see it being hit or miss for many.

The show ended the in-ring portion with Riddle and Rollins in a Fight Pit match as NXT tropes continue to be moved to the main programs. The special guest ref of choice here was an interesting touch. Having Mr. I Smoke Weed So That I Don't Beat My Children, Matt Riddle, win was a fucked choice for me because Seth really shouldn't be dropping anymore matches this year. Maybe I'm alone in that?

Anyway, they used the gimmick nicely enough and it was great overall. I'm pretty sure that assessment would be shared by most, so no controversy there.

The teases throughout led to Wyatt's big return at the end of the event. I approve.

So, Extreme Rules was a mixed bag. There was a MOTYC alongside some pretty decent in-ring work. Sure some of this shit was overbooked but it's WWE. Sports entertainment, circus act shit is to be expected no matter what and Vince never FULLY left so his fingerprints will always be there until he's being eaten by the worms six-feet down.

A pretty good show overall and far better than expected. If you missed the show, dance around a bit watching the things that look most interesting to you above but don't feel forced to watch it all entirely.